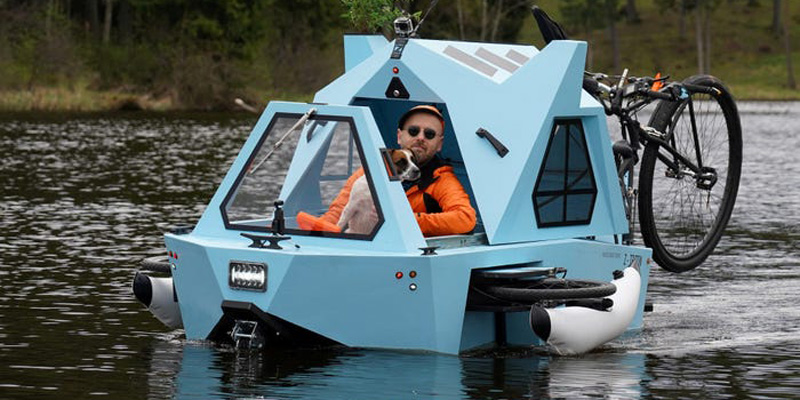 What can move on the ground, swim on the water and become a great place to sleep? This is a novelty of the Latvian Zeltini studio, which its author named Z-Triton.

The invention is a small camper that transforms into a boat or tricycle. This is a vehicle that can move both on land and on water, where you can spend the night and prepare some dishes. 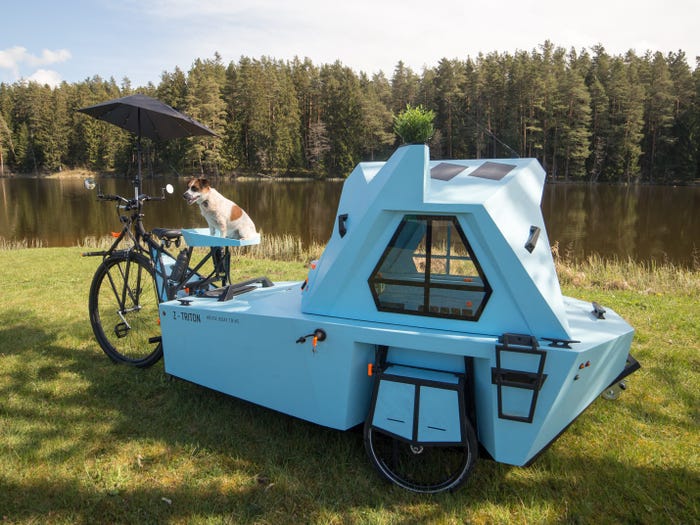 The prototype of the amphibian bicycle was created by a resident of Smiltene and landscape architect Aigars Lauzis for the Zeltini studio – whose mission is to create environmentally friendly products and prototypes that, along with functionality, bring pleasure, – was fully embodied in this concept.

Two people can be inside the vehicle. The camper moves on the ground on three wheels, which are easy to fold to go to the water surface. However, when the vehicle changes to water, the driver needs to switch to the stern, which becomes the bow. 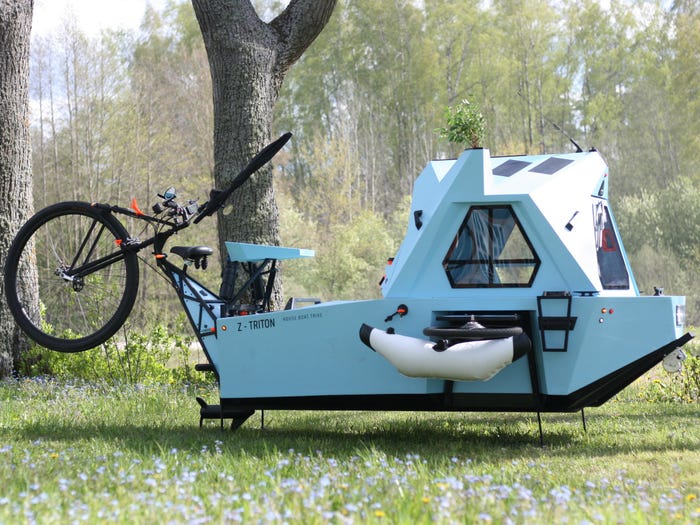 The electric motor and battery with a power reserve of up to 40 kilometers are responsible for the movement, depending on the terrain and the driver. Z-triton is electrically powered, and from the control panel the driver can control power, turn signals, cabin temperature and much more. The prototype is also equipped with flashlights, a buzzer, chargers (USB), comfortable seats with safety belts, holders for bottles and coffee cups, a place for a pet (it can be optionally replaced with a child seat), 6 solar panels and a removable container for plants. Yes, for plants – after all, basil, mint or dill can come in handy on a picnic. 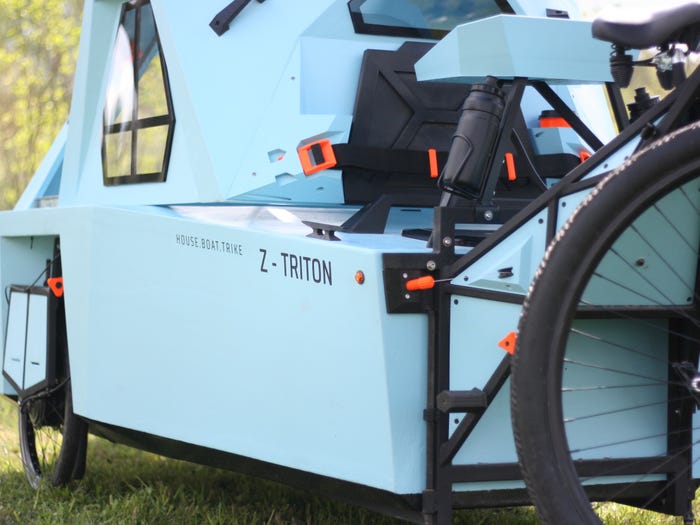 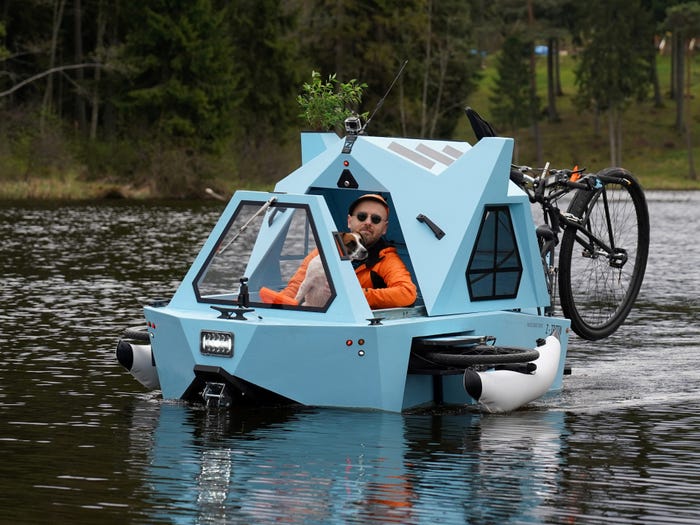 Standing still, the camper turns into a small house where there is interior lighting and even a miniature folding kitchen with an extractor fan and dining table, as well as shelves for storing food or things. All surfaces are folding in order to provide maximum space for rest if necessary.

A prototype camper has been developed, but the company expects to release it on the market by the summer of 2021. Zeltini claims the Z-Triton is ideal for “expeditions around the world” or “camping.” 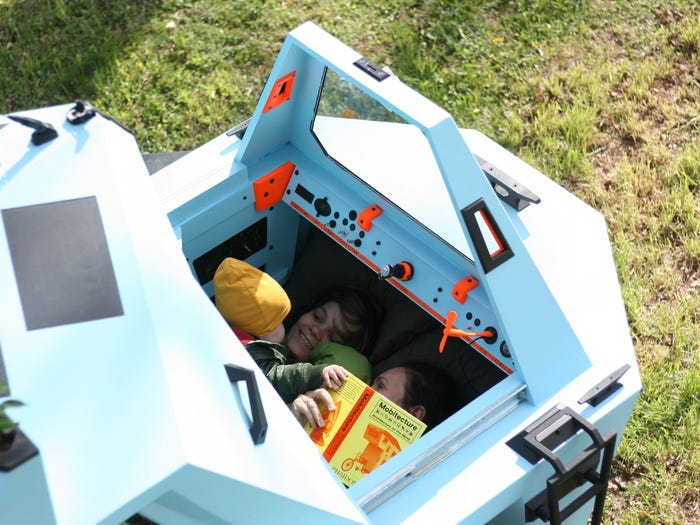