Main News Echo sounder or fishfinder. What to set on the boat 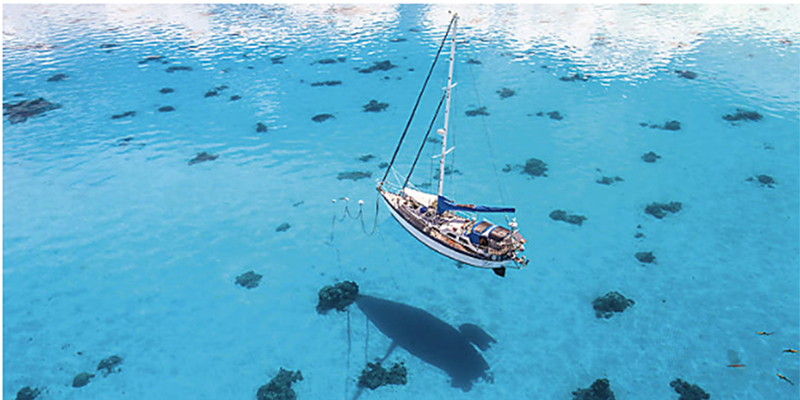 The most common marine navigation system that detects depth and recognizes objects underwater is the echo sounder. In articles, brochures, and on boxes with goods, you can find many other variations of this term – “fishfinder”, “fathometer”, “sonar”, “depth meter”. 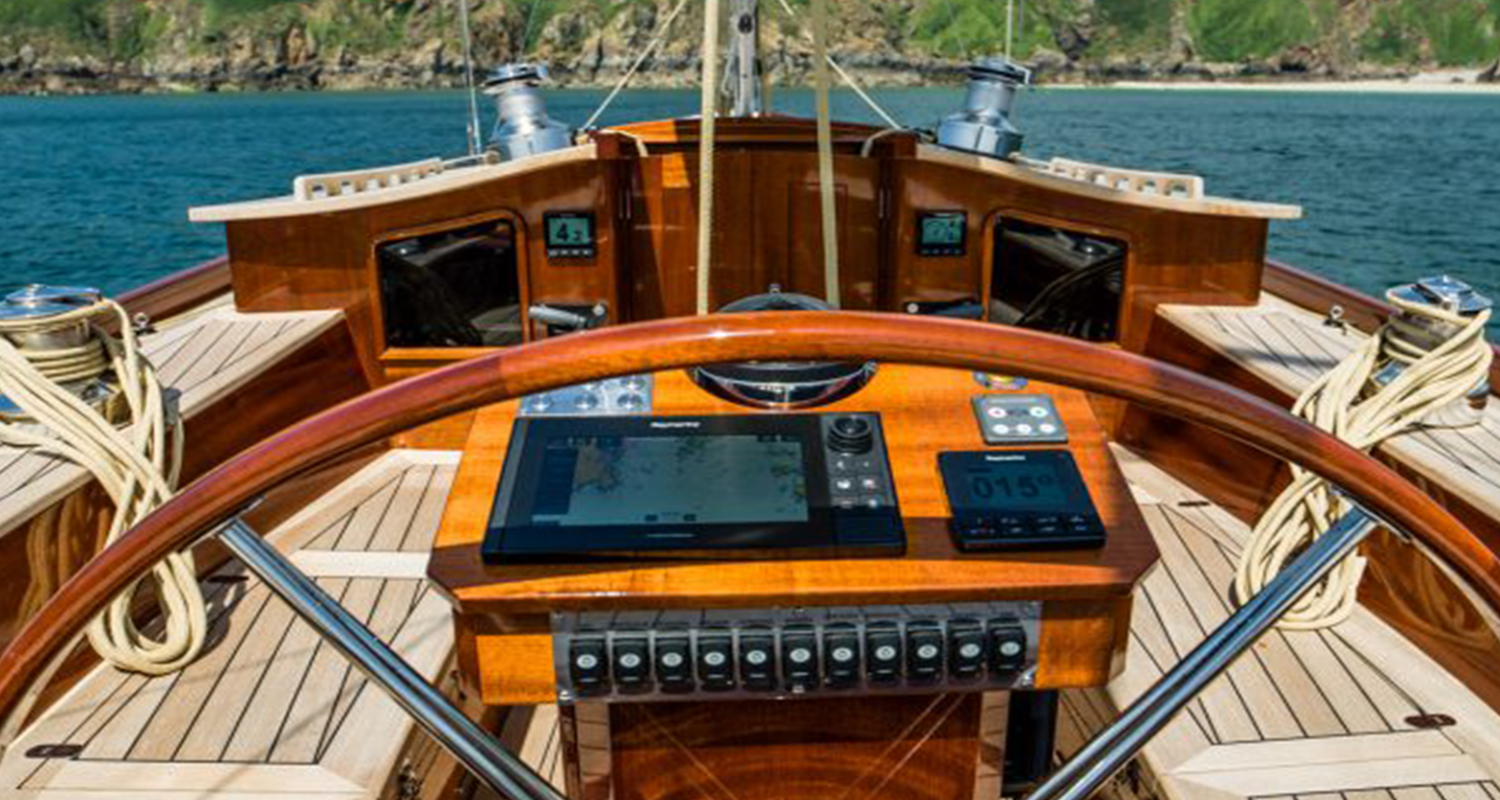 The constantly developing technologies for detailing the shape and structure of the seabed are not only  fishing enthusiasts’ interest.

When buying an echo sounder, first of all, you need to decide how it will be used: mainly for fishing, navigation, or for both. It should be borne in mind that during yachting we are most interested in what is in front of the boat. Unlike fishing, where a good image is often more important than what is directly underneath or at the side.

This is where the “far-sighted” sonar can replace the conventional echo sounder.

Modern sonar models are becoming a powerful tool for both cruising and racing yachts. They provide sufficient image clarity, for example, to distinguish areas of algae or sand in an anchorage. Depth sensors transmit sound pulses or “pings” that are reflected when they hit the seabed. 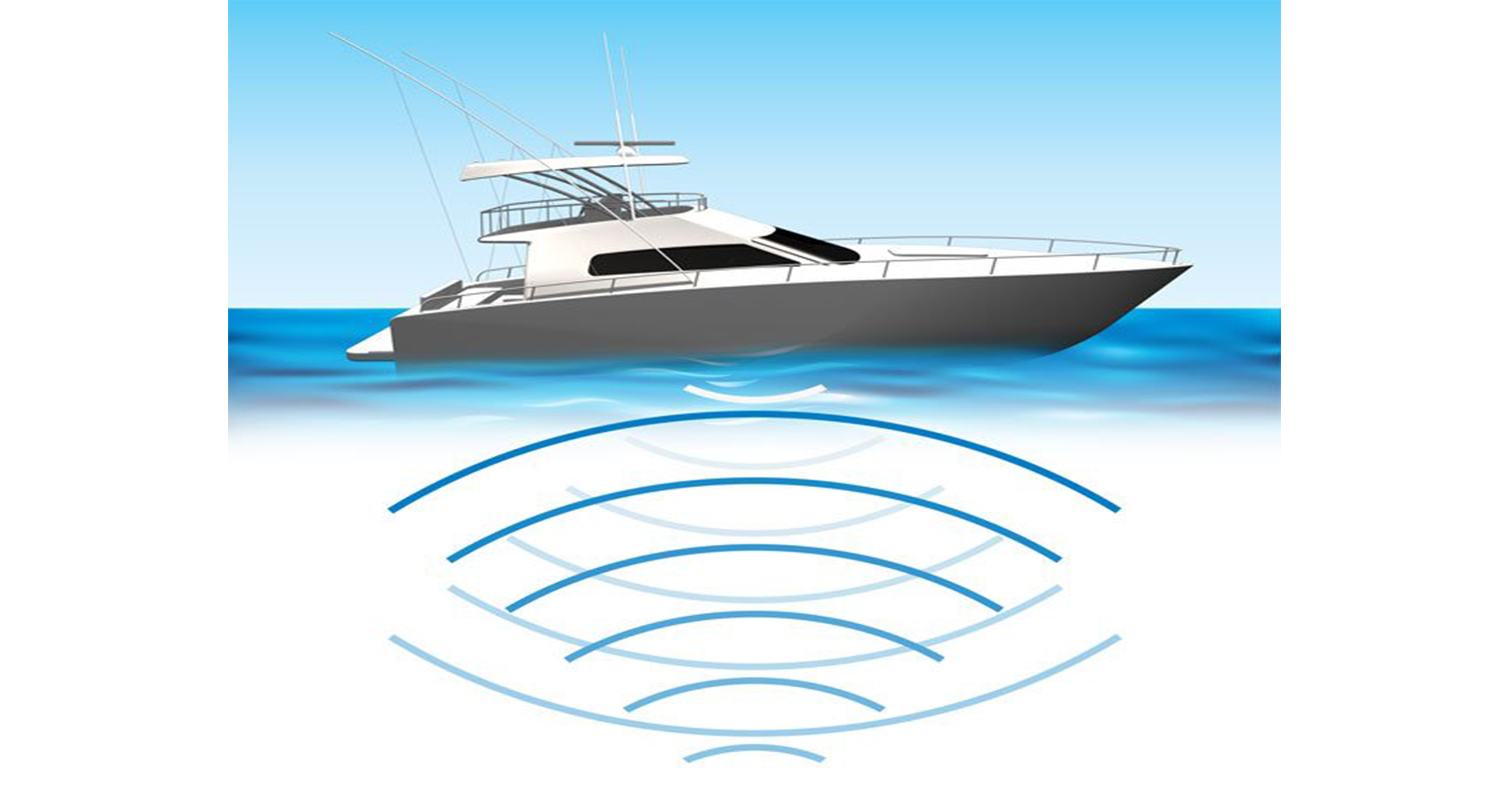 Much of this improvement is due to the presence of CHIRP sensors, they can distinguish multiple targets by scanning using signals of different frequencies. This allows individual fish to be displayed, for example, rather than simply pointing out shallow water, identifying vegetation on the seabed, distinguishing between sandy, muddy or rocky coastlines, and, when anchored, finding sand on the first try.

By analyzing parameters such as sonar receiver sensitivity, transmitter power, transducer efficiency and display resolution, you can finally decide what exactly you need on your yacht.

Since the echo sounder sends pulses with a certain frequency, the higher this frequency is, the higher the detail of the resulting image will be. Some devices offer dual or multiple frequencies that provide both range and crisp images.

The transmitter power determines the rate at which information is sent. A low-power device will take longer to deliver information, and this is a losing proposition. The echo sounder will require low power at high frequency for shallow water and high power and low frequency at depth for normal operation. 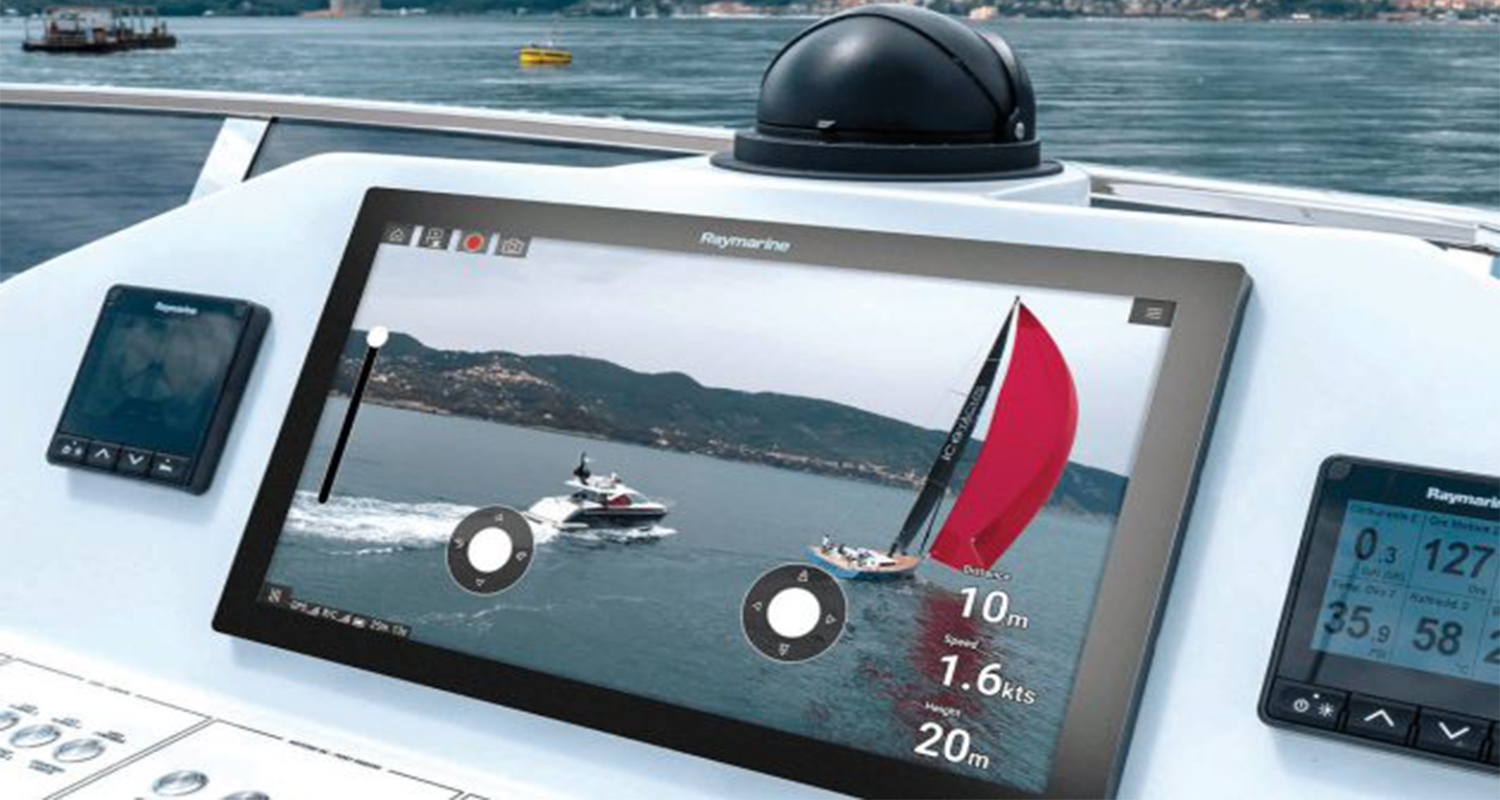 The impulse sent by the echo sounder transmitter is reflected from various objects that it encounters. This allows you to collect information about everything that is in the water column: about the number, size, density of objects, about the structure of the bottom. The display processor processes the information received, resulting in a moving graphic image on the screen.

In order to select the correct display type, you must decide in advance where the fishfinder will be installed. Sunlight won’t be a concern if the display is installed indoors, but if it is placed in direct sunlight, a high-contrast LCD display is likely to be needed. A clear, high-contrast picture can only be seen on a high-resolution display. These displays use vertical pixels and are good at displaying small objects and signals. 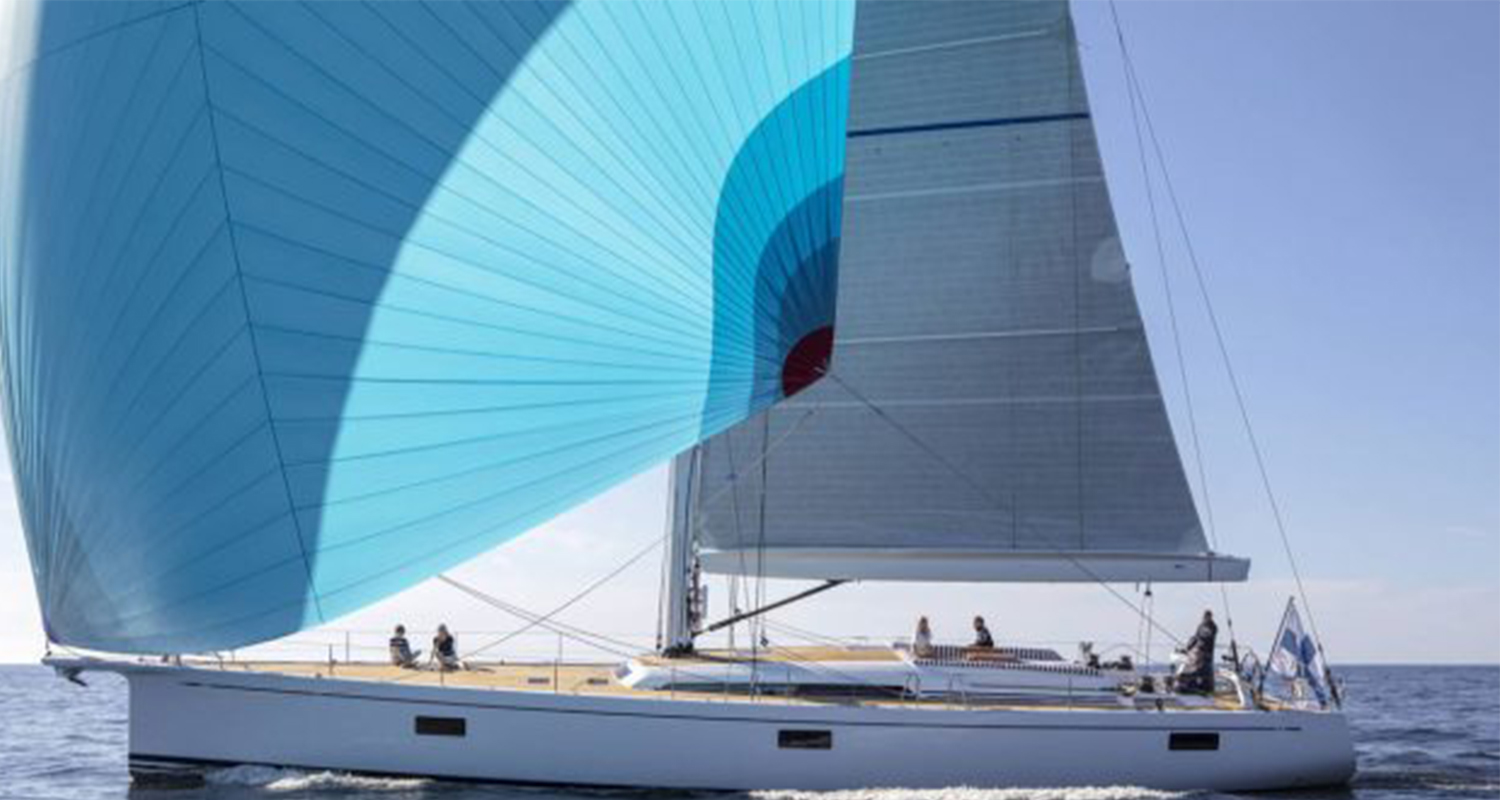 Another parameter that is necessary for the correct selection of the echo sounder is the radiation cone or beam width, which the sensor directs to the bottom of the reservoir. The narrower the beam, the less area it covers. Advanced echo sounders have multiple beams, including side beams, which provide greater coverage. 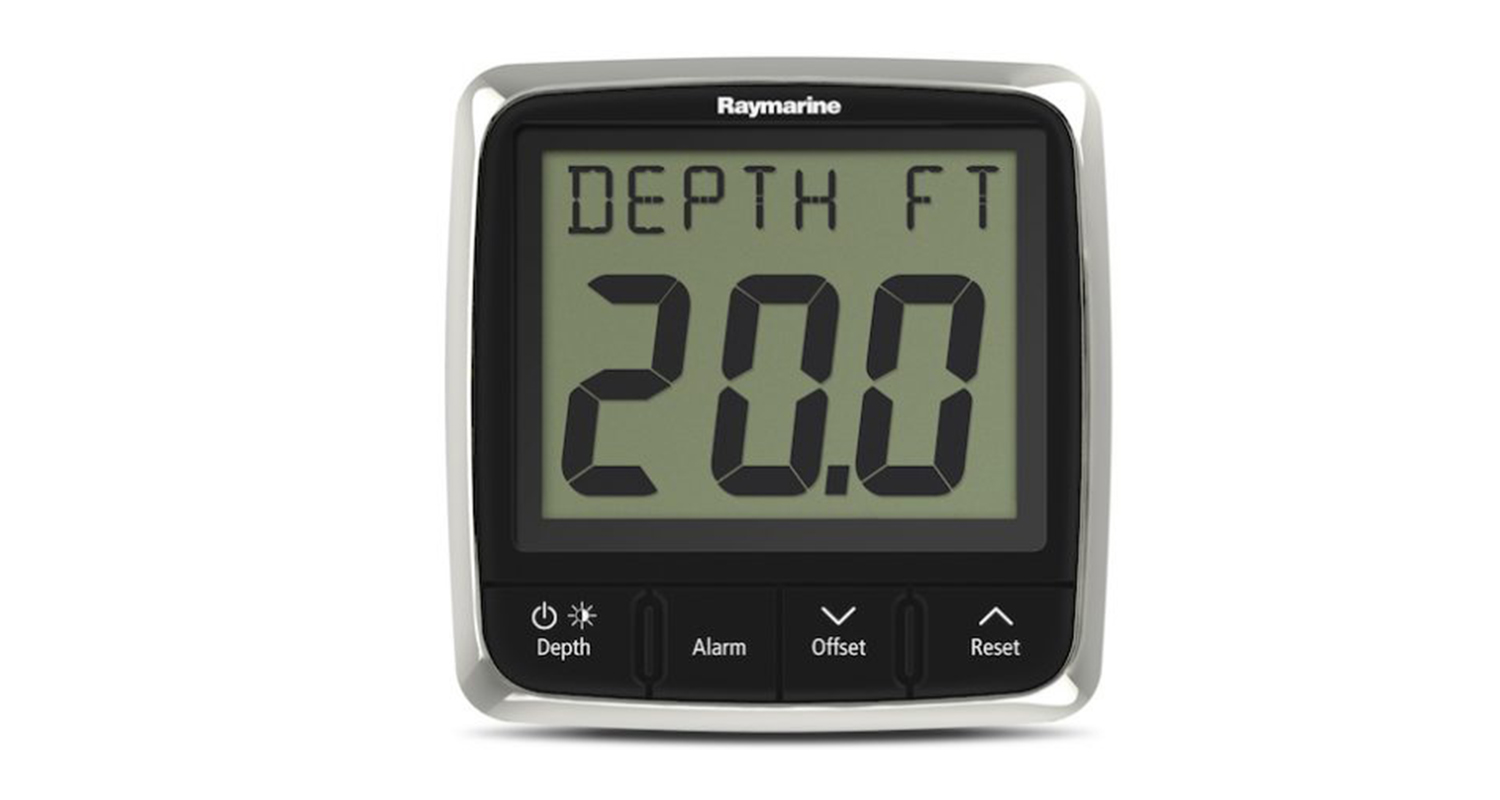 The Raymarine i50 fishfinder consists of the latest generation of 3-line Raymarine displays. The i50 comes in several flavors. Pushbutton controls make Raymarine i50 instruments easy to operate. It displays data on depth, speed, distance traveled, water temperature. 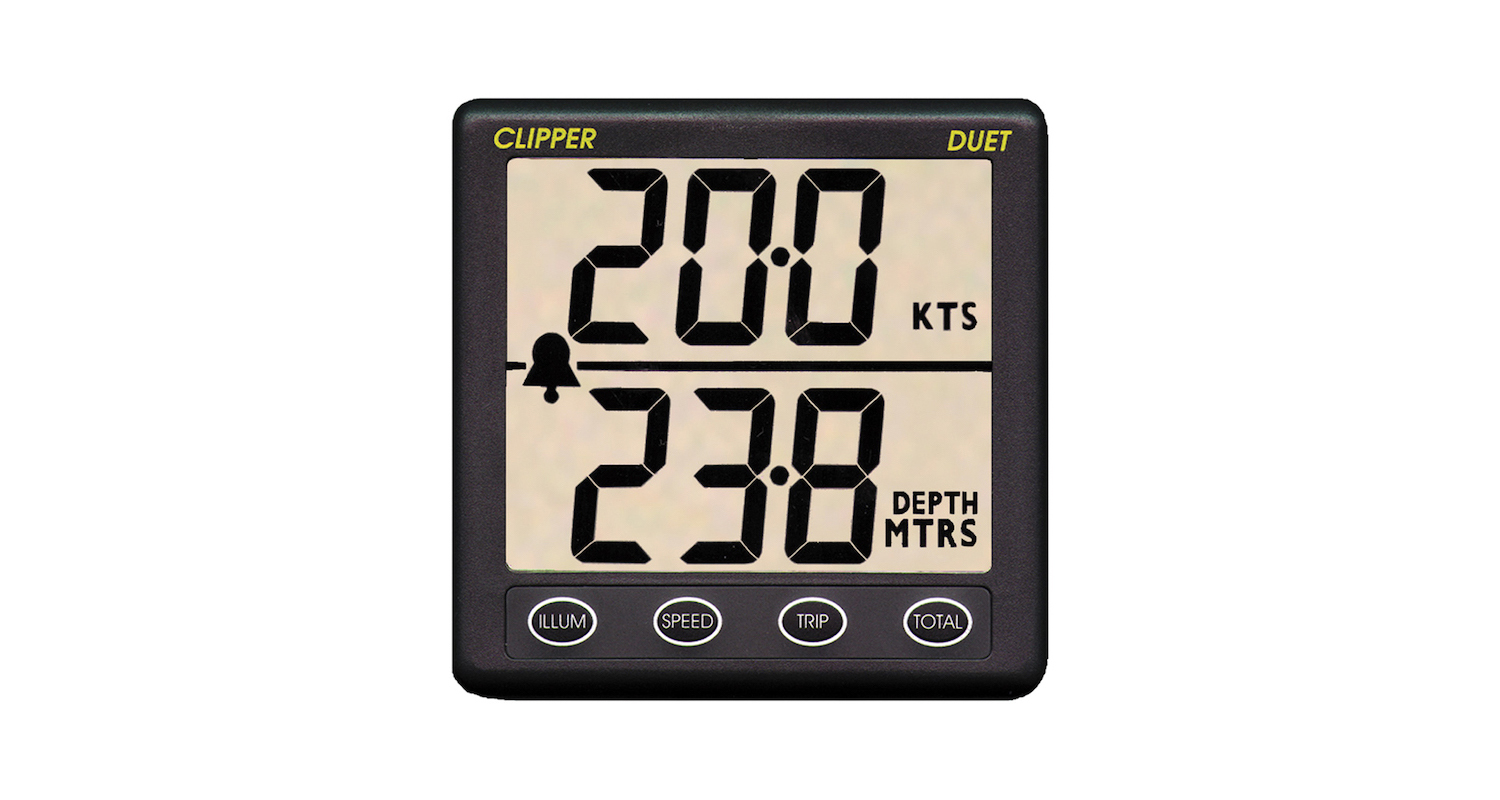 The Nasa Clipper Depth System consists of a marine echo sounder display and a hull end-to-end transducer. It has audio and visual notification of shallows, a choice of depth display speed, high transmission power, storage of all settings in non-volatile memory, low current consumption. 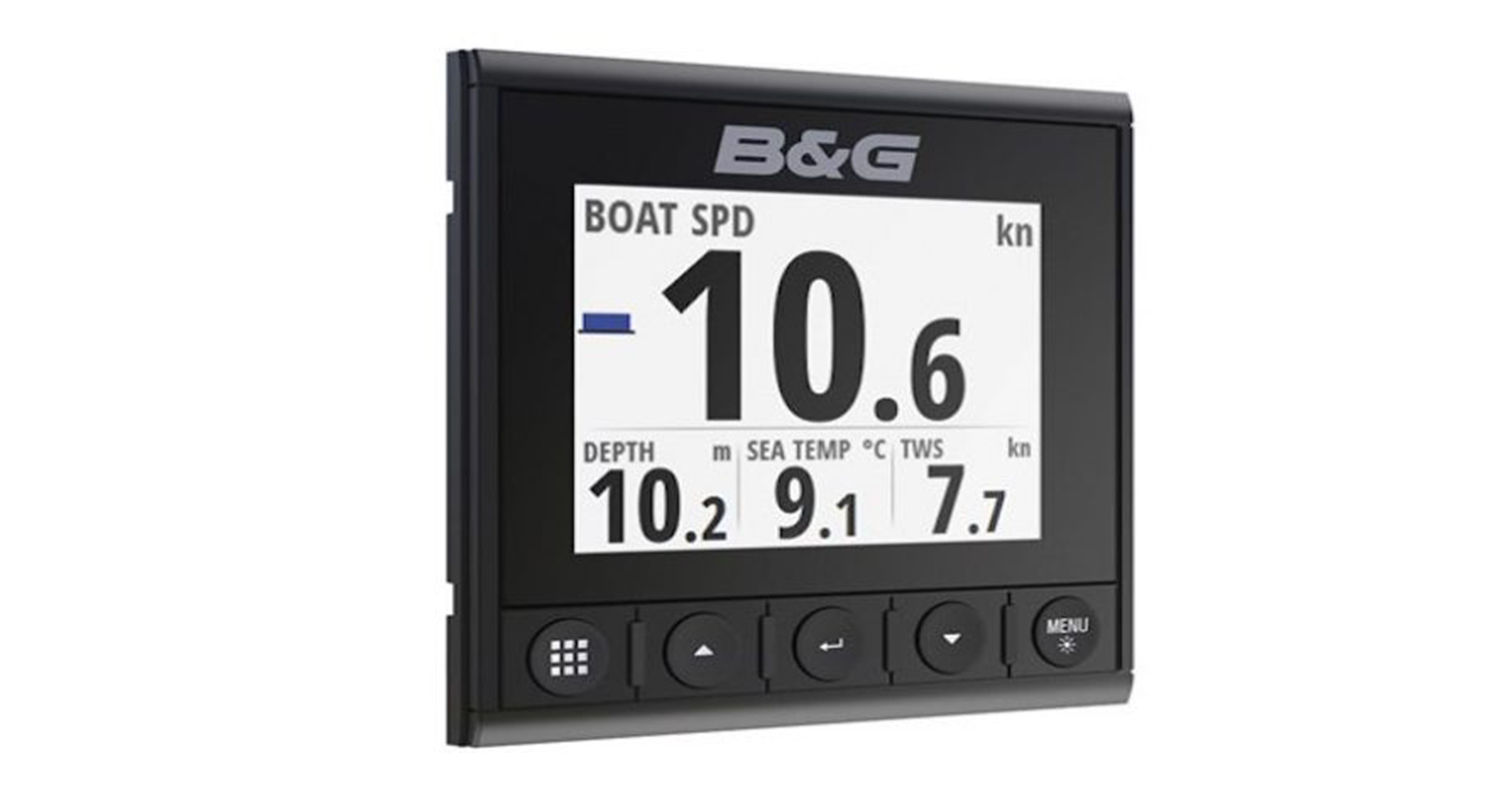 It provides key instrument data such as speed, depth, wind direction and heading. Combined with the Triton² pilot keypad, the LCD display can also serve as a complete autopilot control system. 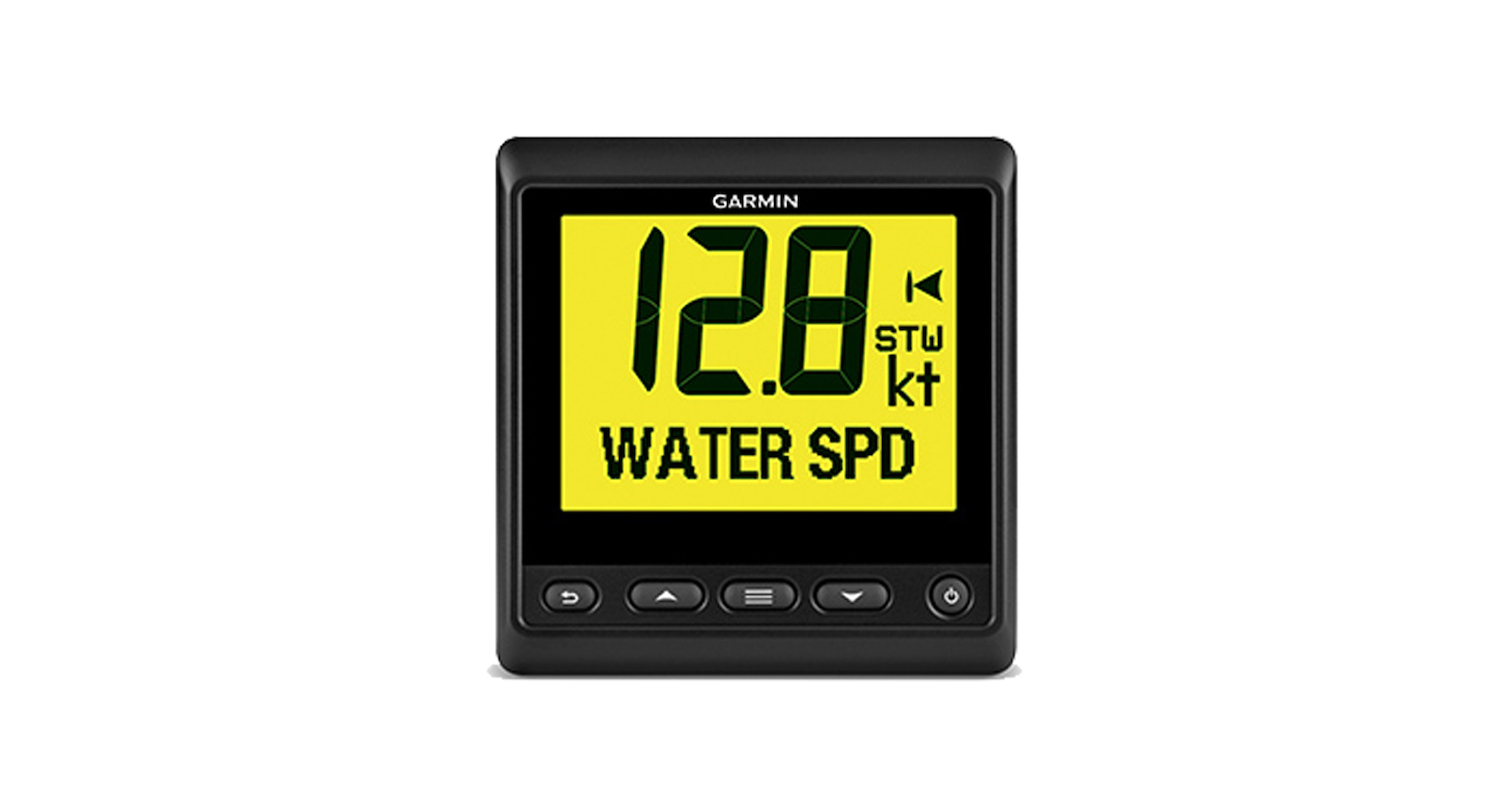 This is a marine instrument with standard 4-inch anti-reflective LCD display. It has low power consumption, scale mode and graphics for displaying depth, speed, wind and 50 more marine and boat parameters. 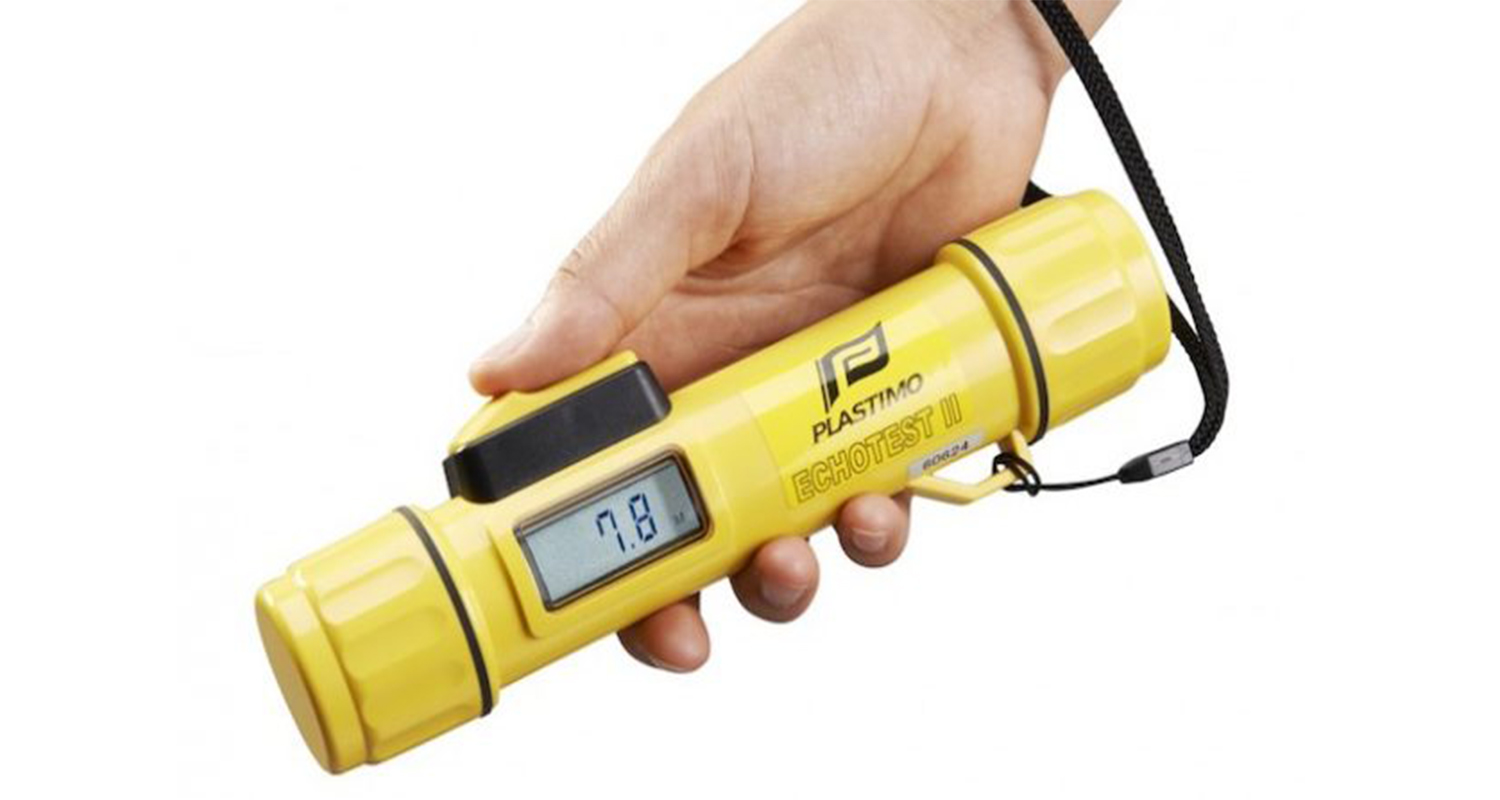 This portable device requires no installation. It has a fully waterproof housing and takes readings at a maximum depth of 80 meters. The Echotest is equipped with a large LCD display with LED backlighting for use at night. To measure the depth, the instrument is immersed in water. It runs on a 9V battery. This is certainly not the most accurate or best sonar option. Can be used for small boats and short walks.

Sonars do not replace existing data sources such as classic sounder, charts and visual cues, but provide additional data to help you make more accurate decisions. 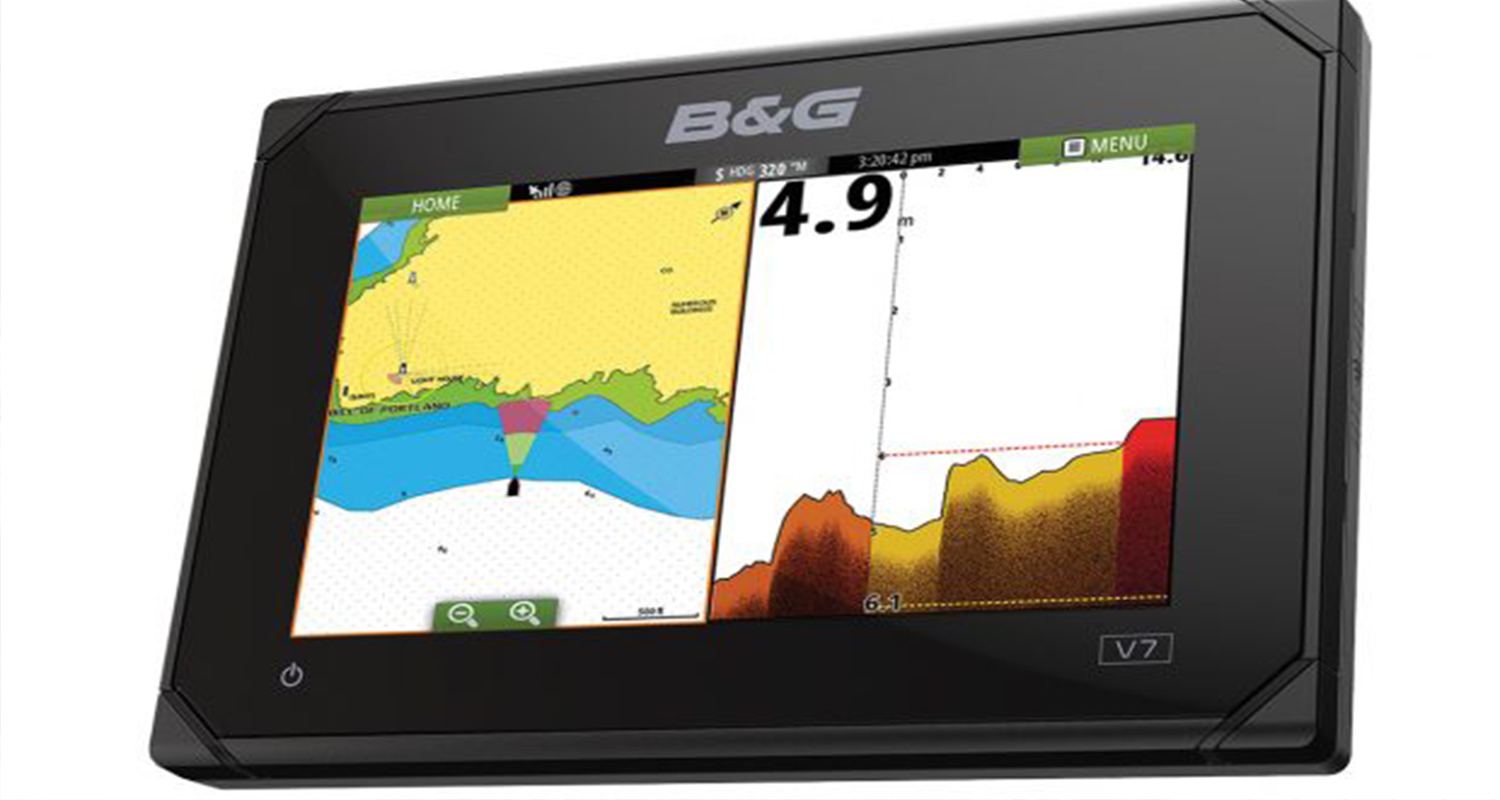 The system has a 180 kHz sensor, scans the seabed in a 15 ° arc at a distance of up to 90 m in front of the vessel. ForwardScan data not only shows a graph of the depth in front of the boat, but can also be overlaid on the map to indicate safe, warning and critical depths. ForwardScan uses a detachable slim sensor that protrudes 31mm below the chassis. 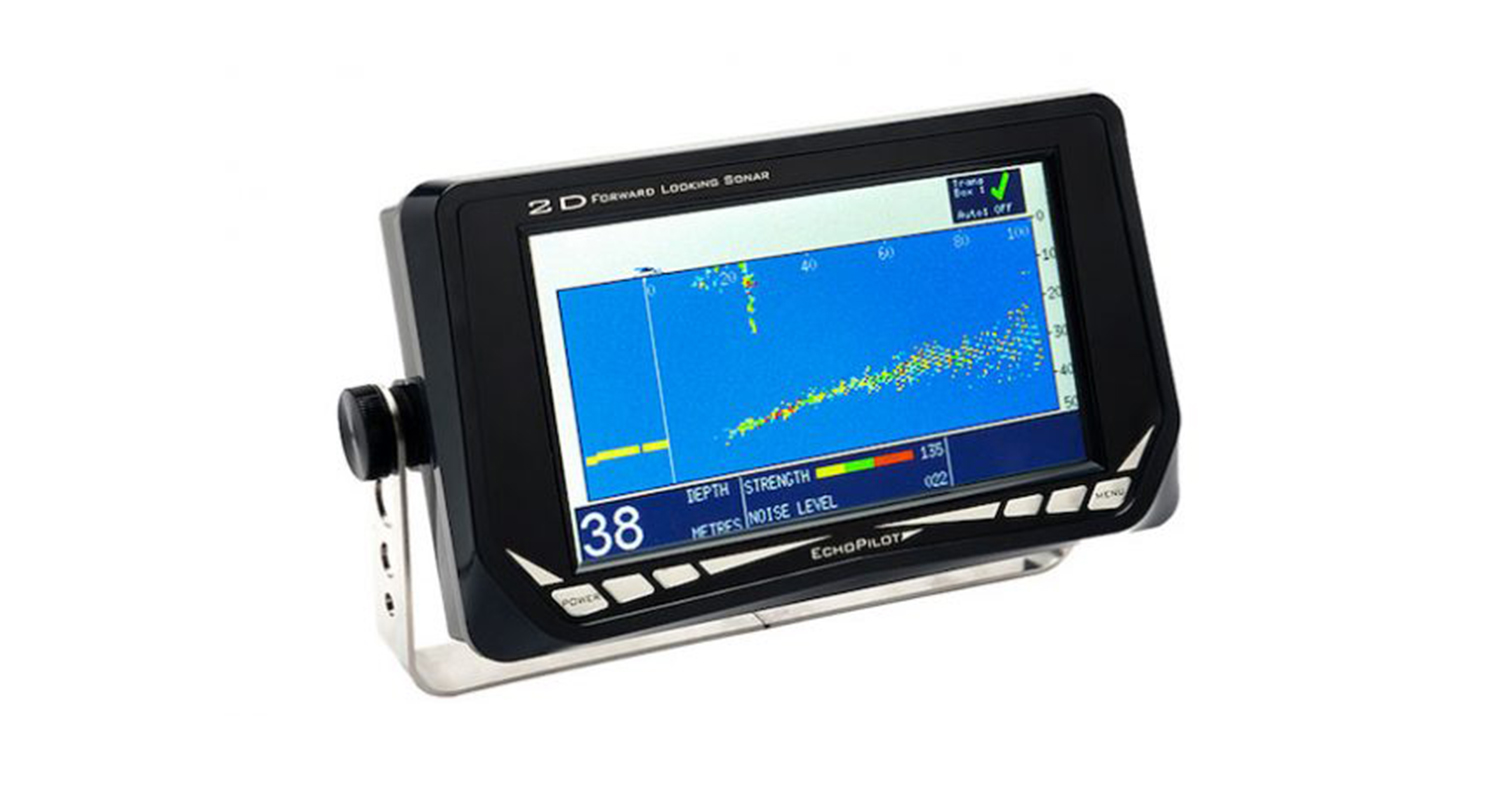 Echopilot is optimized to display as much detail of the seabed as possible. It is updated with very low latency and can be used at speeds up to 20 knots. FLS 2D has a 30 ° beam width and a maximum range of 200 m, which is ten times the depth in shallow water. The bottom structure is visualized on a 7-inch screen, with hard materials such as rocks displayed in red and softer echoes from sand and dirt displayed in blue. 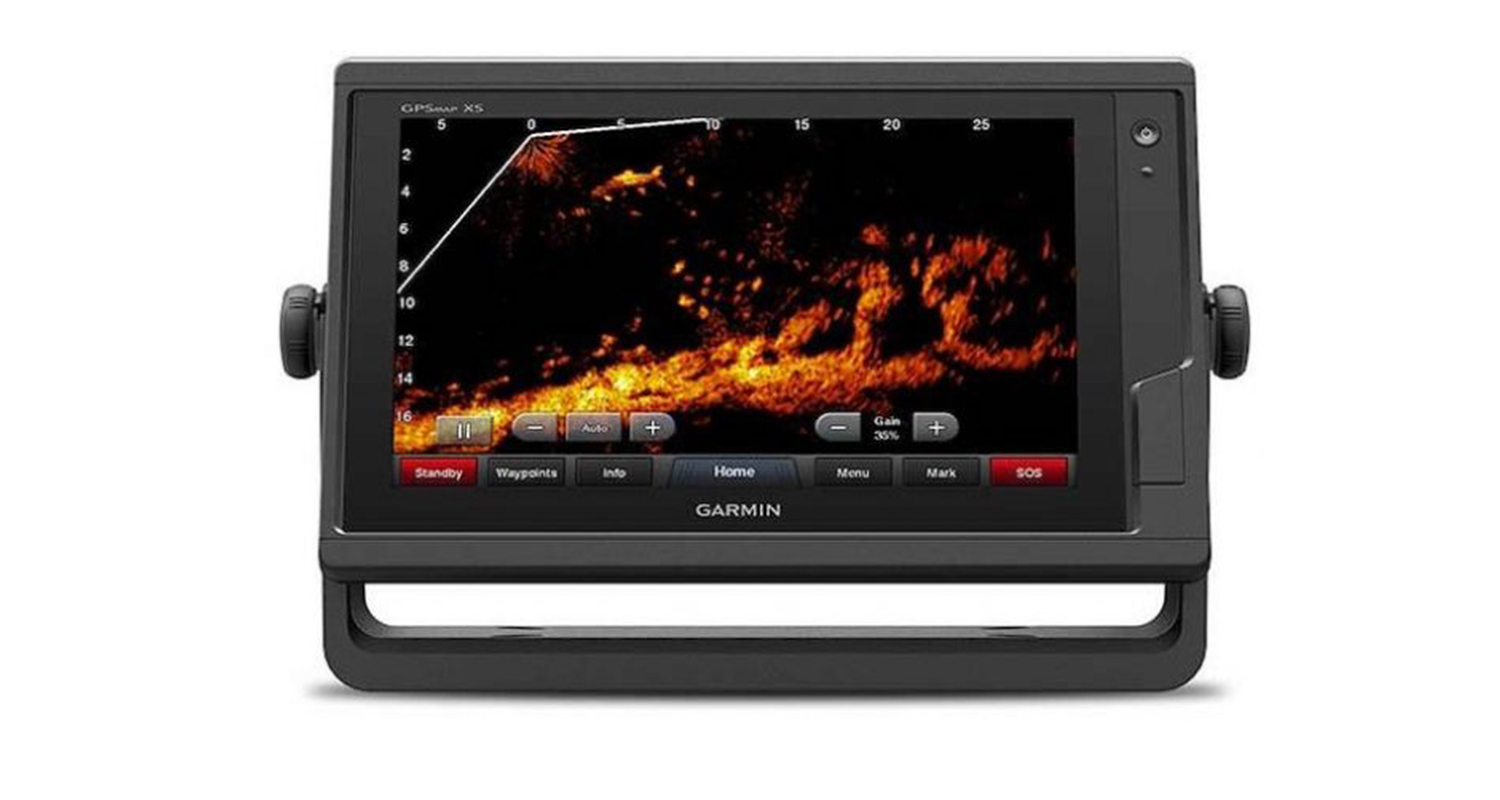 Designed for installation on yachts. It’s sonar sensors pass through the boat’s hull. FrontVü displays the seabed in front of the boat up to 90 m. The scanner has a 20 ° beam width and provides a clear image at boat speeds up to 8 knots. LiveVü Forward allows you to see fish and seabed structure at a reduced distance of up to 30 meters. 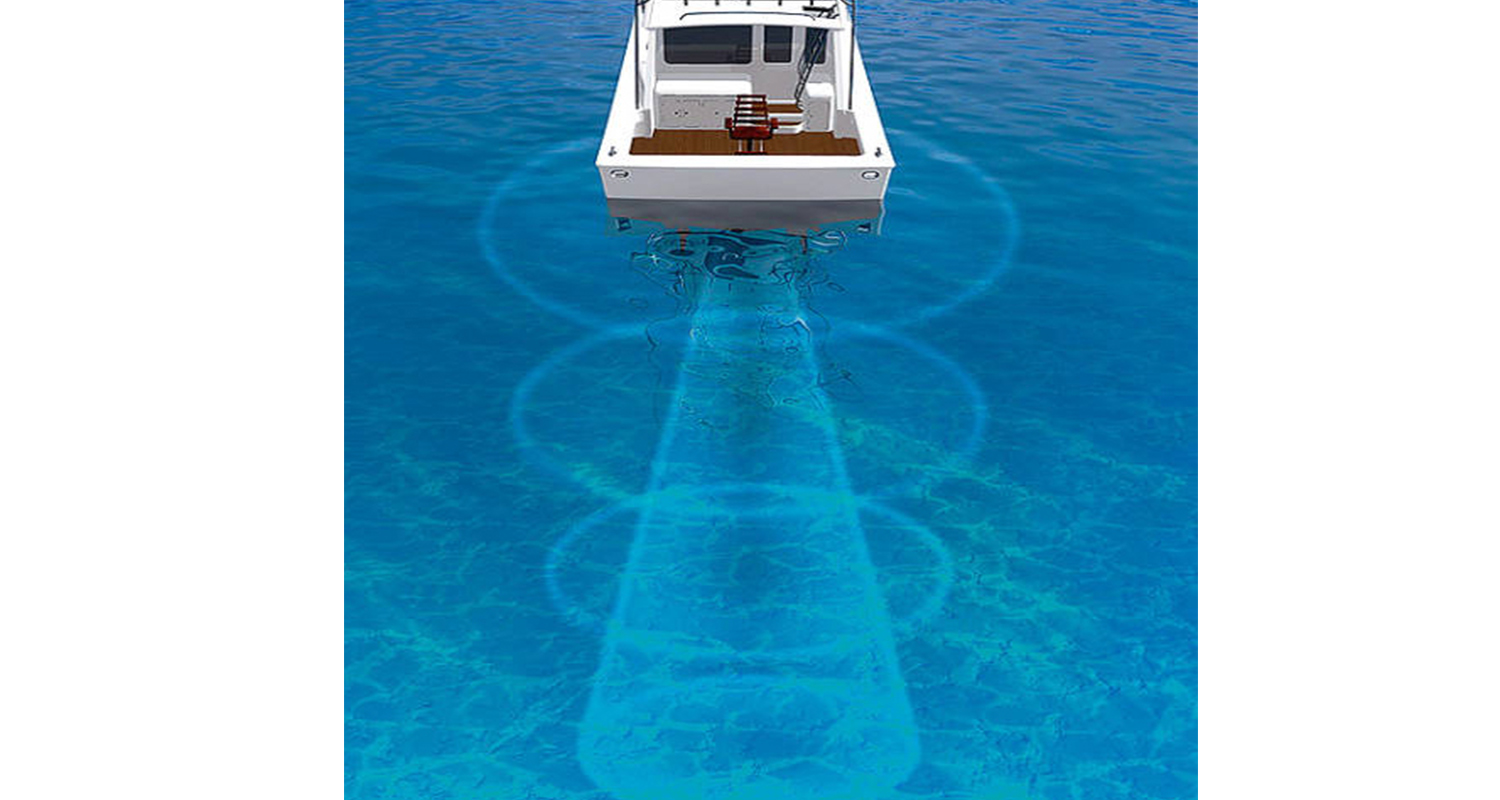 When choosing an echo sounder, it is worth remembering the conflict between range and detail.

Low-frequency sonar with a frequency of about 80 kHz can examine objects at great depths, but will not be able to convey special details. Conversely, a higher frequency unit operating at around 200 kHz will show more detail, but at the expense of range. Large and powerful converters can provide a wider range at high frequencies, but they will likely not be easy to install on a yacht.