MainNewsAston Martin in the new season of Formula 1. 61 years later in British green 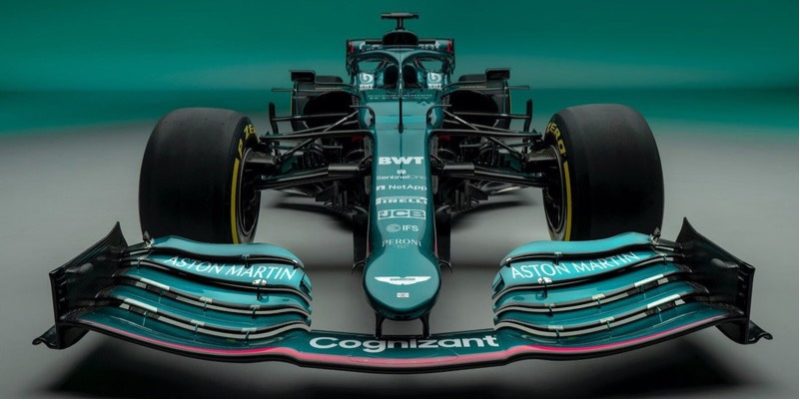 The iconic car brand returns to the Formula 1 starting grid. The new Aston Martin AMR21 was unveiled on Wednesday in the traditional color for manufacturers and teams – British racing green. The car will make its track debut during the shakedown at Silverstone on Thursday. 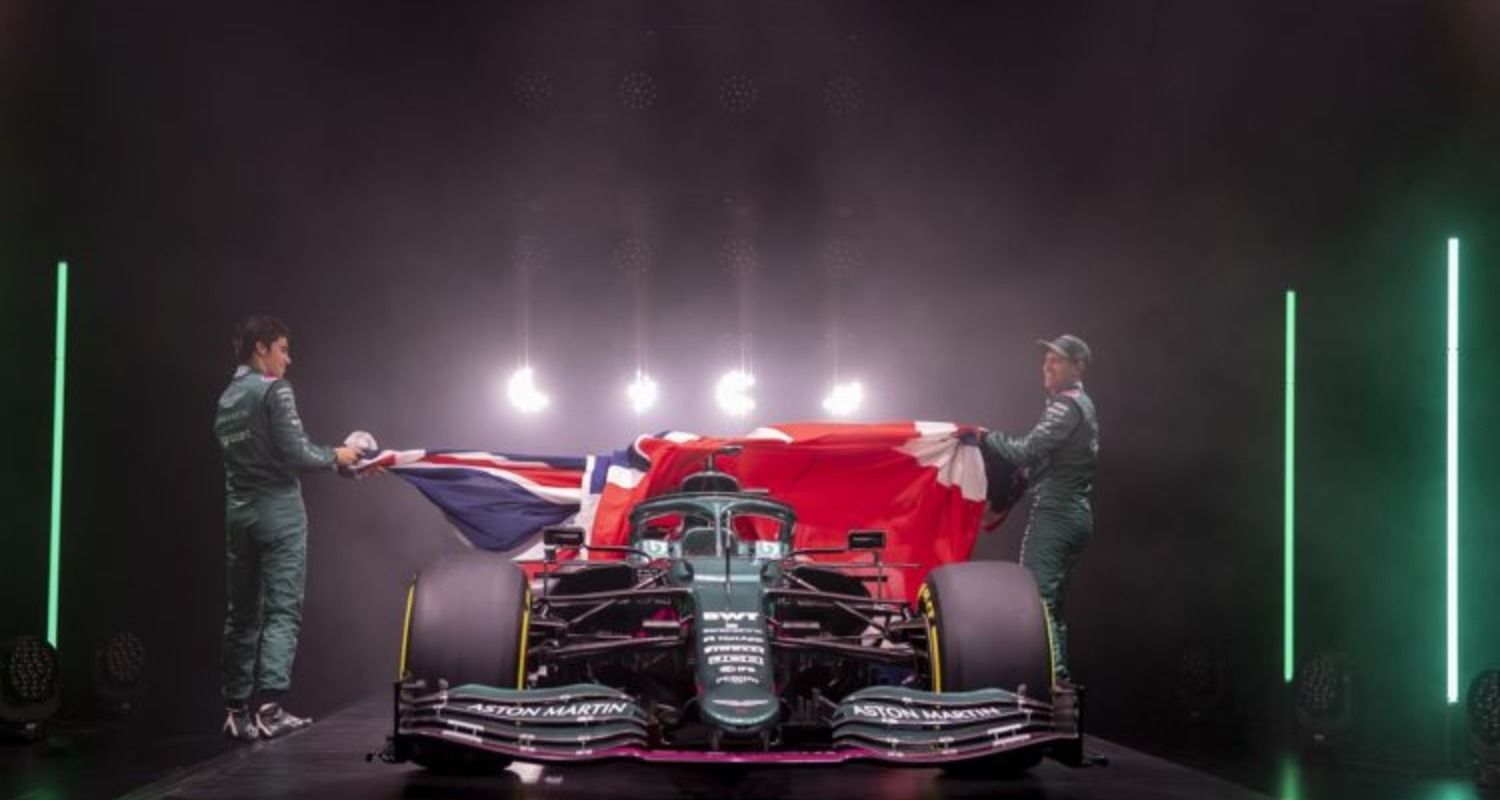 When Aston Martin first announced plans for 2021, cynics were quick to suggest that this was nothing more than a publicity stunt. But everything is much more complicated. After unsuccessful competitions in 1959 and 1960, Aston Martin had a limited presence in Formula 1, but only as a sponsor and later title partner of Red Bull.

The 2021 Aston Martin team is not built from scratch. This is the rather famous Racing Point from Silverstone, which has previously competed in both Force India and Jordan GP. 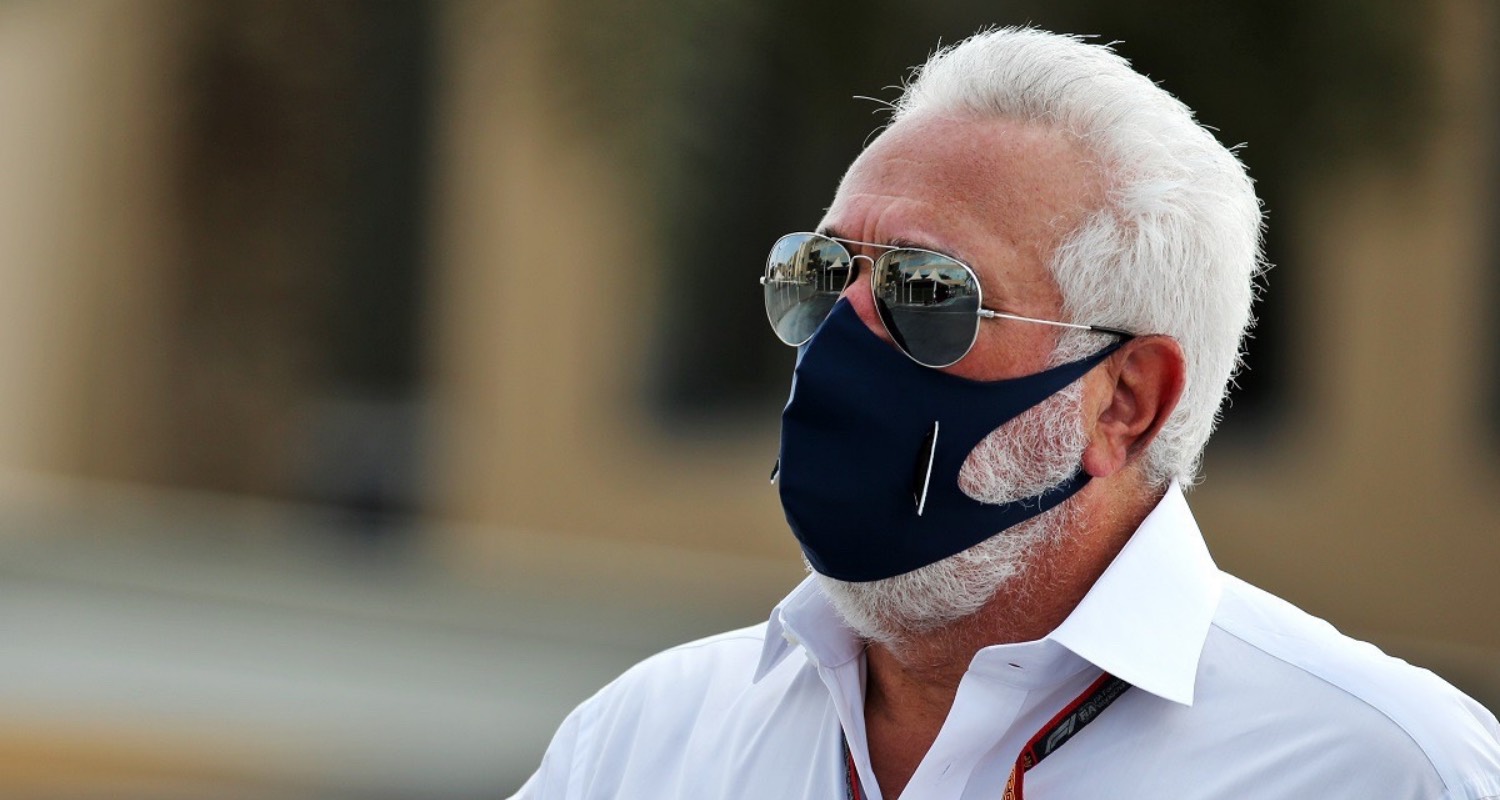 It all began in 2018, when the Montreal billionaire with Ukrainian roots Lawrence Stroll bought out the external control of the Formula 1 Force India team. The businessman’s investment helped the team, she changed her name to Racing Poin and continued to participate in the competition. Less than a year later, the Canadian acquired a significant stake in the Aston Martin Lagonda and announced his return to Formula 1. As part of this deal, Racing Point was renamed Aston Martin. 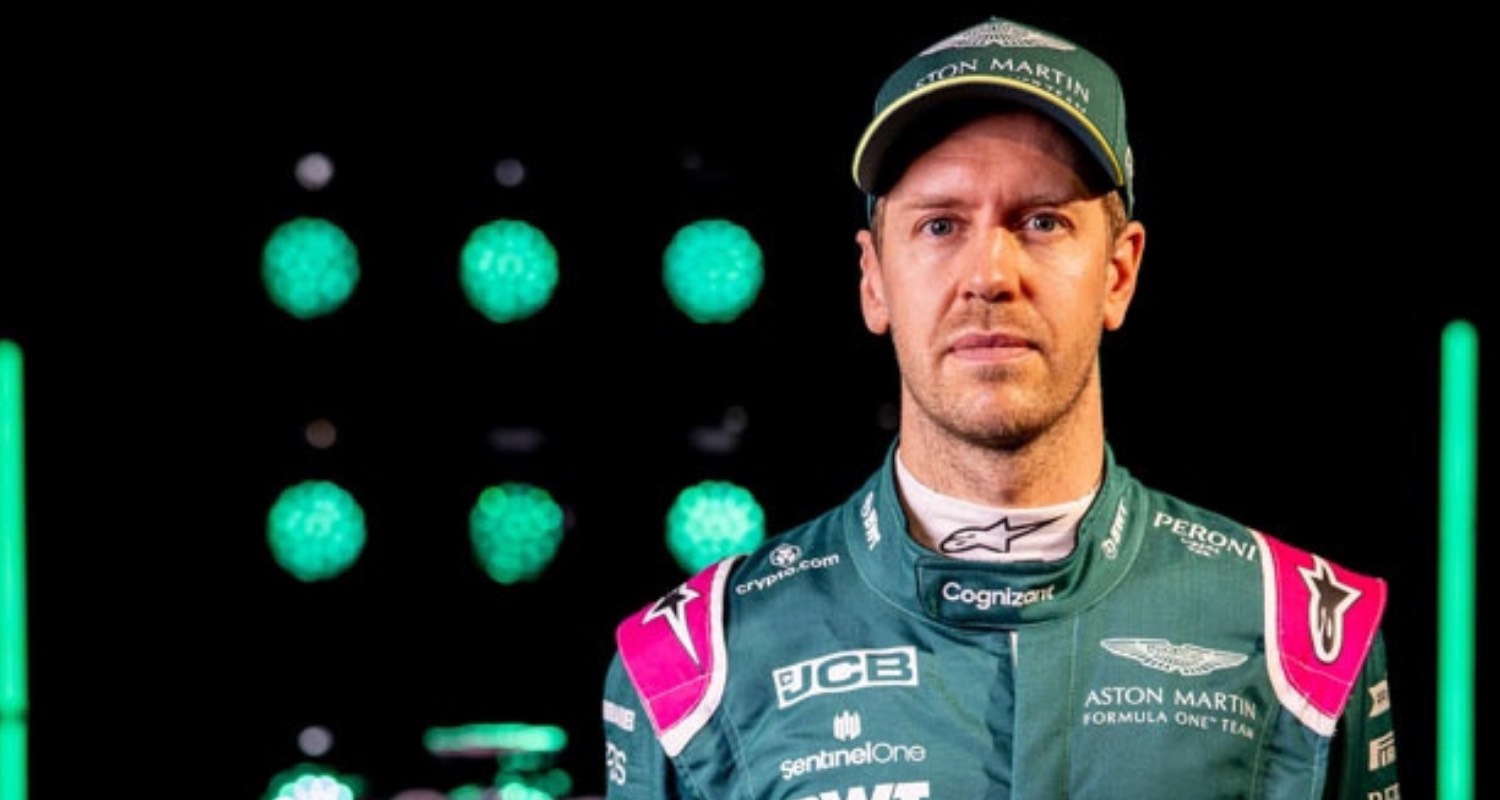 The team has a new roster of drivers for this season: Lance Stroll (son of Lawrence Stroll) has been joined by four-time world champion Sebastian Vettel. At the end of 2020, after six seasons in the Maranello team, becoming the third most productive driver in terms of victories, Vettel left Ferrari. 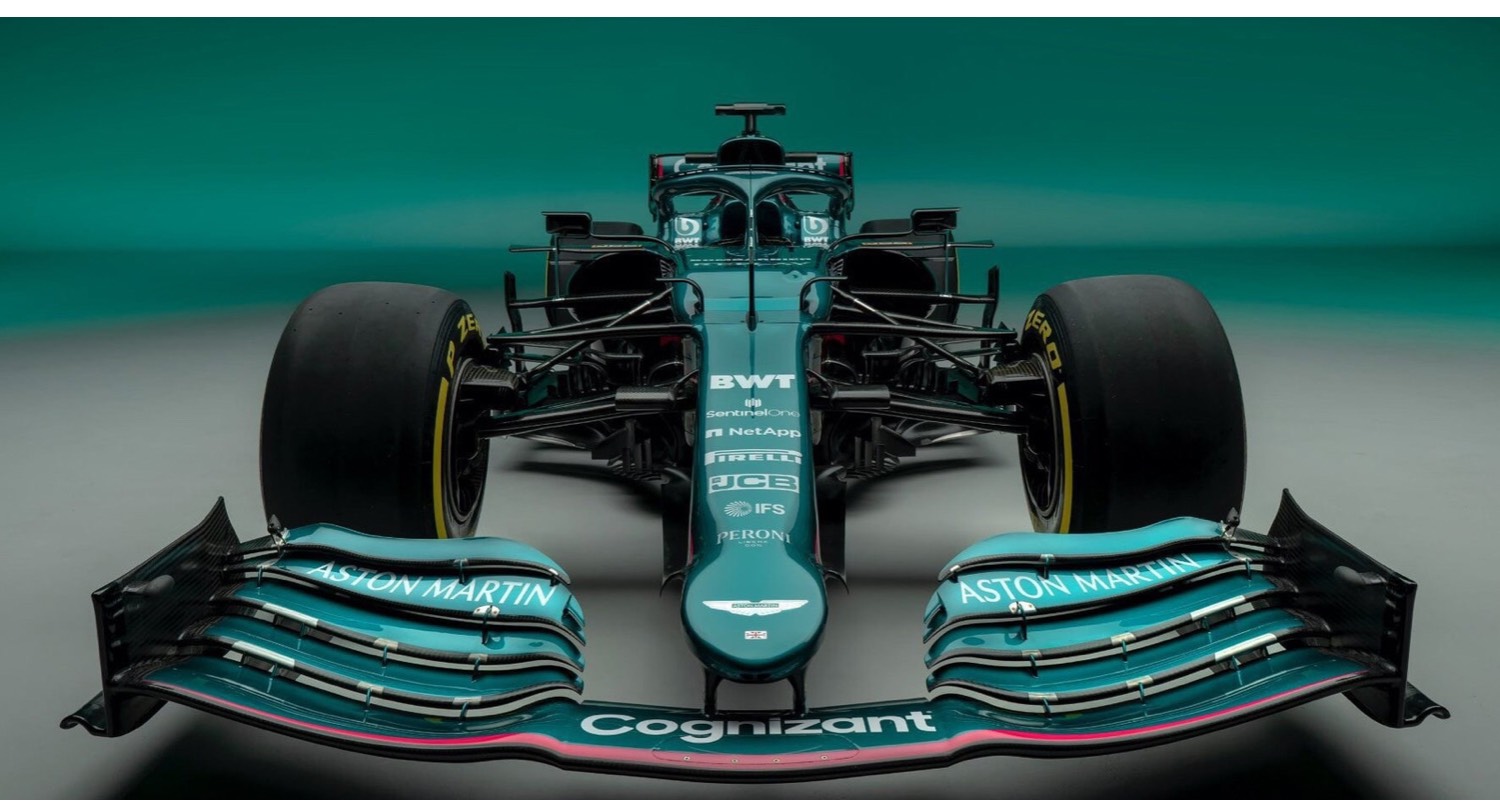 The Aston Martin AMR21 car differs not only from its predecessor Racing Point RP20, but also from its ancestor Mercedes W10.

Aston Martin has redesigned the rear suspension of the 2020 Mercedes as well as optimized the chassis shape. The rear suspension concept, with the wishbone attachment point on the shockproof structure, provides better traction. 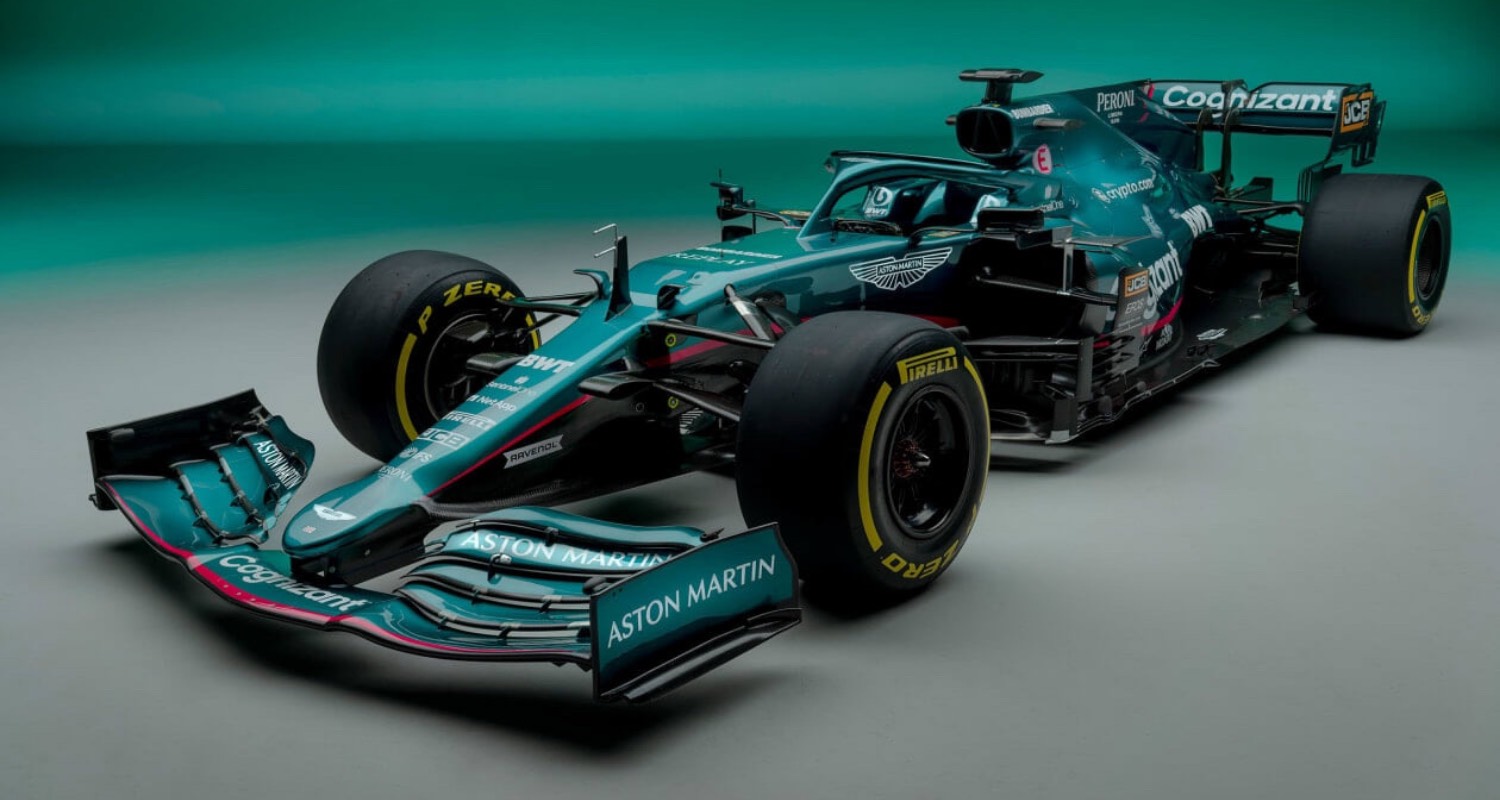 Changes have also been made to the design of the front of the monocoque, this should improve the cooling system of the power plant. In order to provide maximum airflow to the radiators, it was necessary to move down the cone-shaped energy absorbing elements. They were located inside the pontoon and are part of the monocoque. These transformations are related to the chassis rework, so the team had to spend both development tokens under the terms of Formula 1. 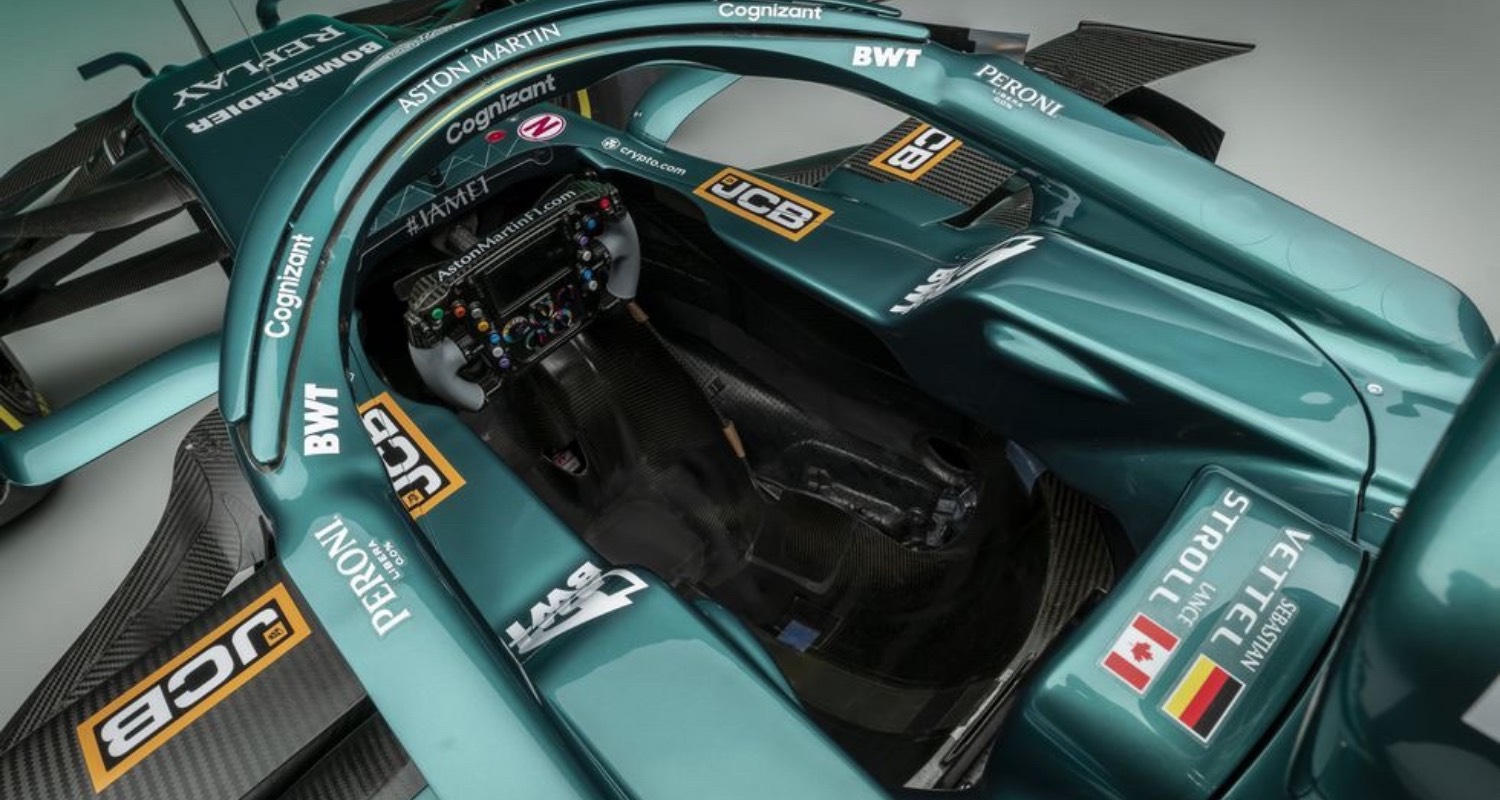 Aston Martin moved the upper anti-shock structure down. The car received a redesigned front fender, new side panels and radiator air intakes. Aerodynamics have worked on the deflectors and the underbody. It has become two-tiered and three-layer. 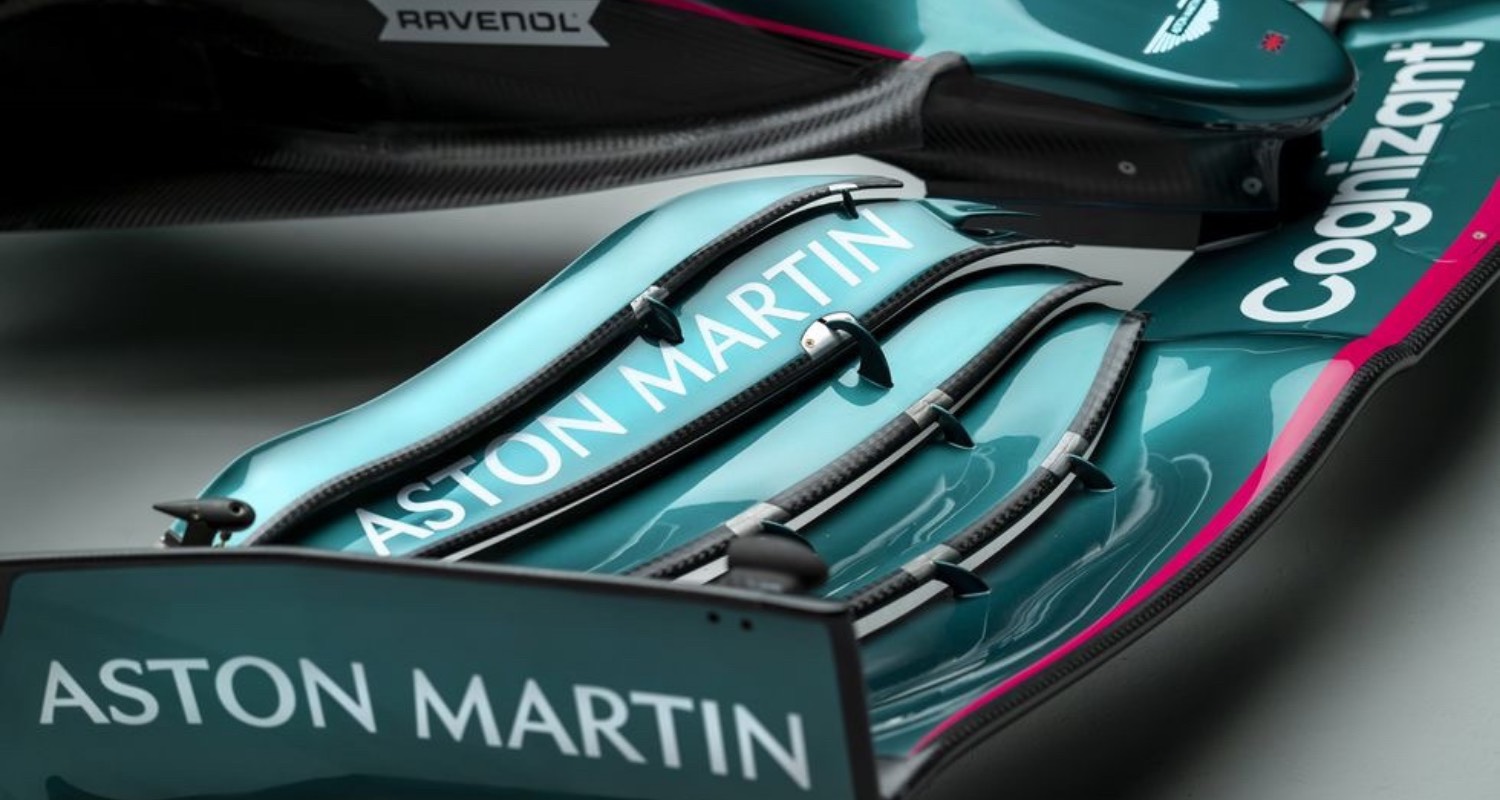 Lawrence Stroll has more than once declared his desire to turn Aston Martin into a “British Ferrari”, and at the presentation of the team, he announced that the fight for championship titles in Formula 1 is not far off.
Aston Martin chief executive Otmar Safnauer was more restrained when talking about what he expects from the 2021 Formula 1 season:
“It’s easier to say that we will fight for the title than to actually do it. For this to happen, two things have to happen. First we need to come up with a good plan and then execute it. In three to five years, Aston Martin will fight for the championship title.” 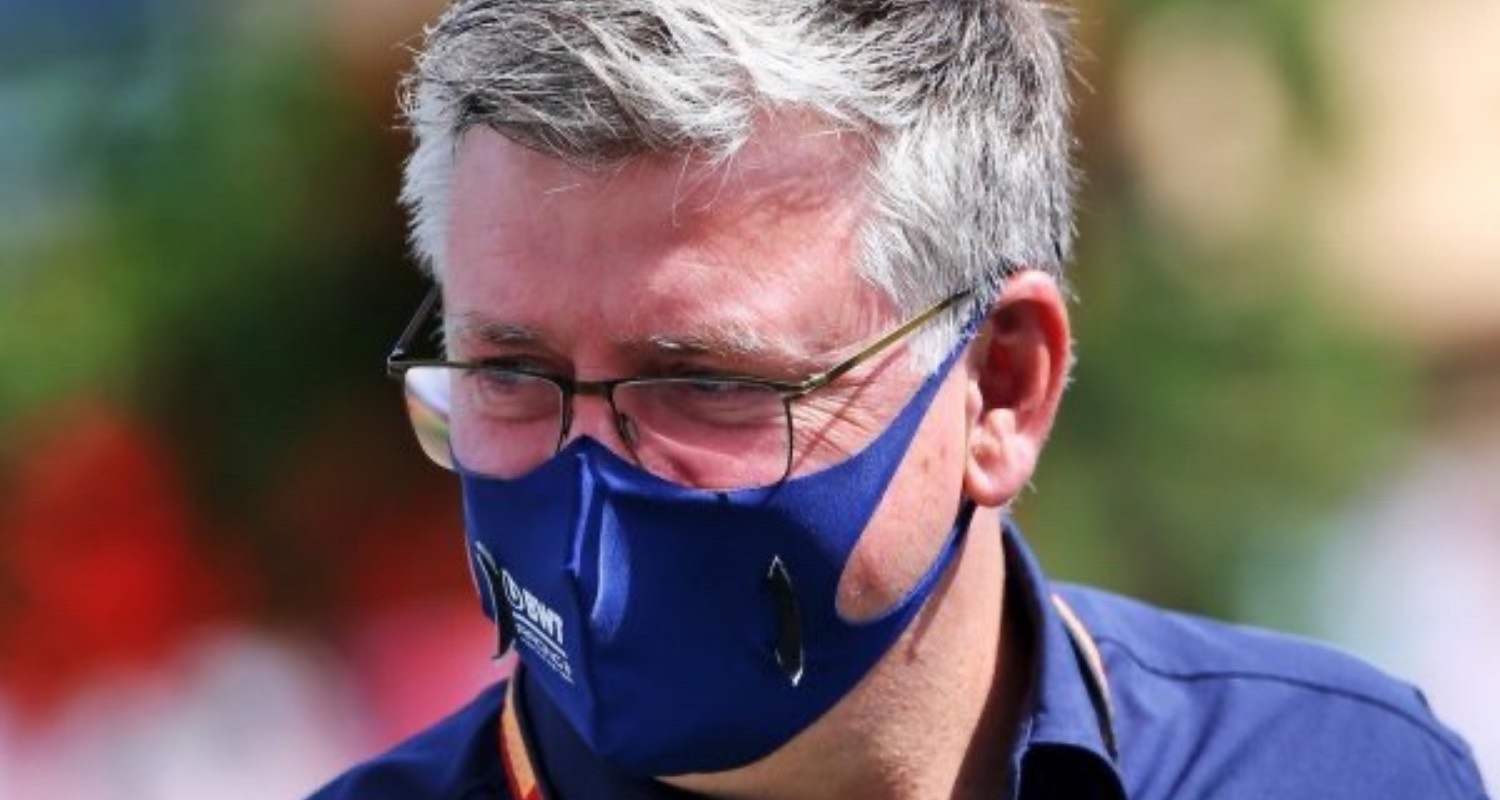 The fourth place last year was the team’s best result in three years. And since this season is unlikely to be an immediate threat to Mercedes and Red Bull, reaching third place by the end of 2021 appears to be. We are growing as a team. As you grow, of course, the dynamics change and they need to be managed, but the team’s DNA hasn’t changed. We’re still the bunch of riders we’ve always been. ”

In the 2021 Formula 1 season, the format of the racing weekend with a short “sprint” race (which is supposed to be held on Saturday, and its results will be determined by the formation at the starting field of Sunday arrival) should be changed at the three Grand Prix.

According to Sebastian Vettel, this idea is meaningless. “Why hold a pre-final, and then the final itself? What’s the point? I don’t understand this. It is clear that if the races are still held on Saturdays, then I will participate in them – after all, I want to then take part in the Sunday race. But from my point of view, it makes no sense. You have a Grand Prix – you need to drive about 300 km per race, the Grand Prix itself becomes the main event of the weekend ”

Let us recall that the Formula 1 teams have approved a number of changes to the regulations that were developed to deal with the crisis in the context of the coronavirus pandemic. The concept of a “budget ceiling” was introduced. In 2021, each team’s budget will not have to exceed $ 145 million. In 2022, the ceiling will be lowered to 140 million, and in 2023 – to 135 million. 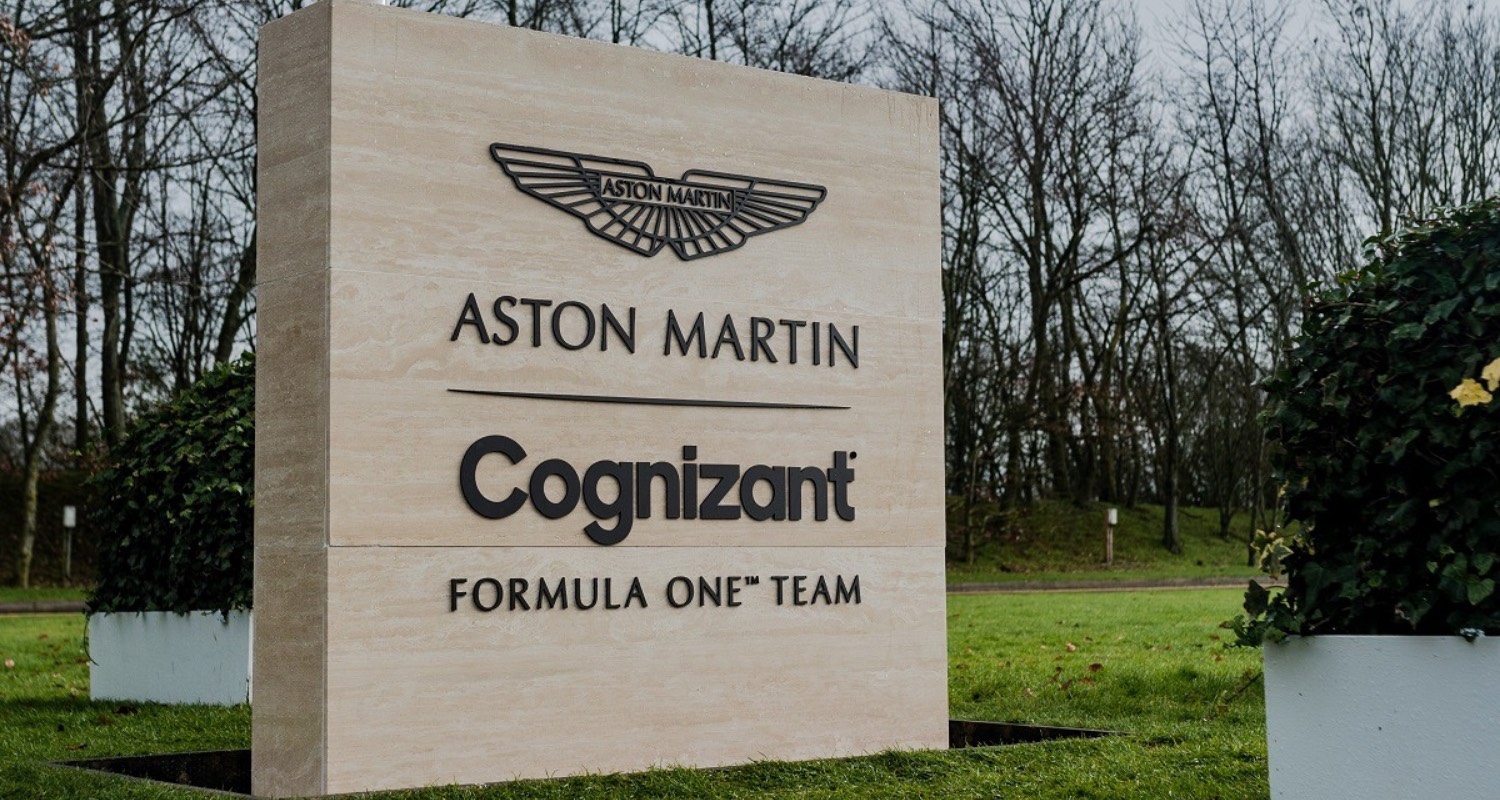 And the last thing. Participation in Formula 1 for Aston Martin is another attempt or a chance to save the business from bankruptcy. Against the backdrop of the crisis, Stroll has to develop, or rather maintain the brand, but how this will affect sales is not clear.

Marketing events in 22 countries and an audience of 2 billion people is what Lawrence Stroll is concerned about. Let’s wish him good luck. 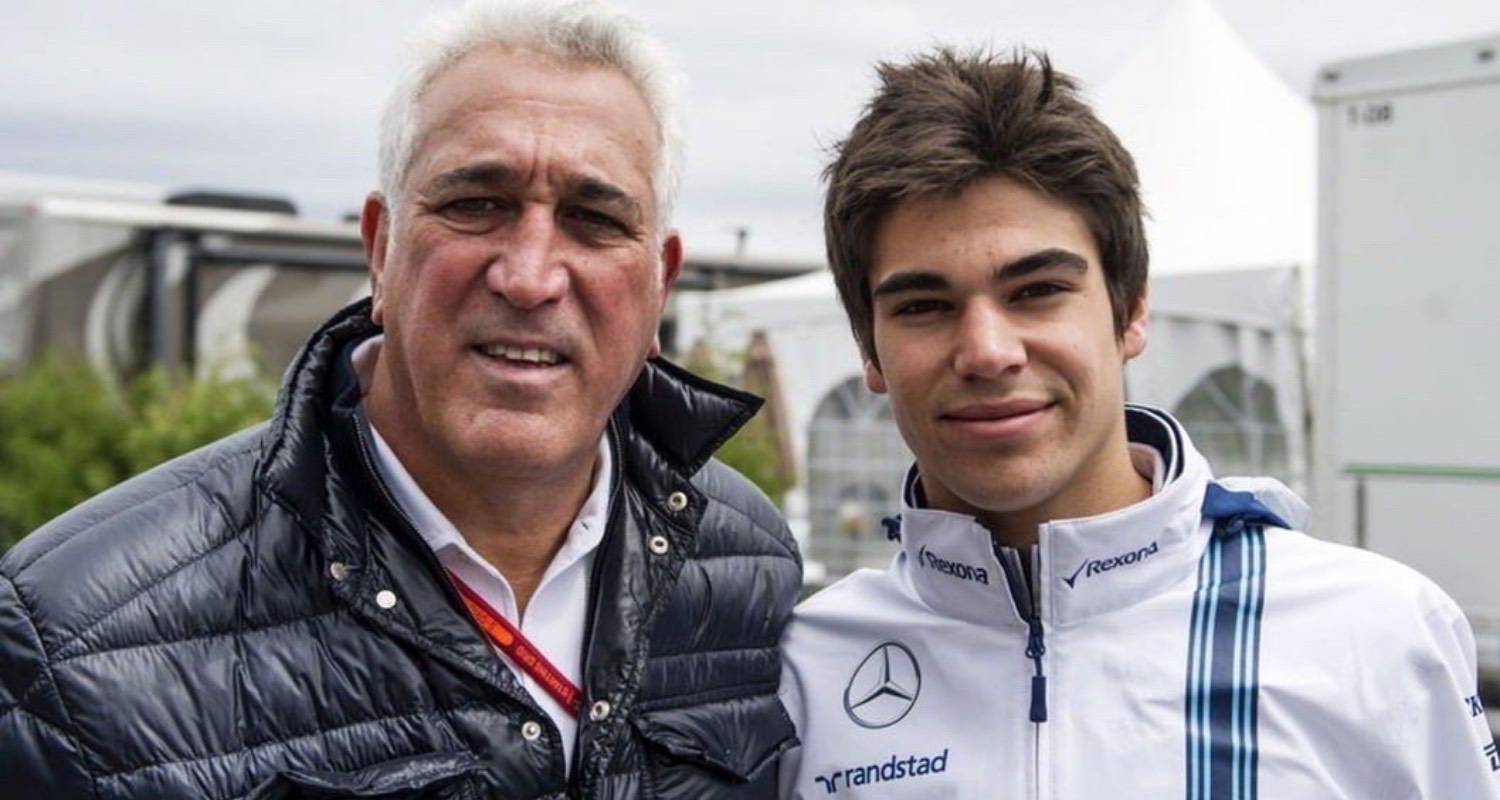