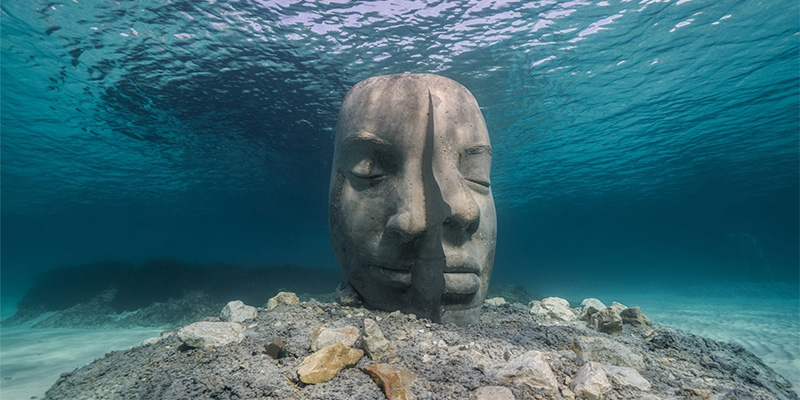 Diving off the coast of Cannes on the French Riviera and visiting a museum is now easy to combine.
This mysterious museum is open to anyone interested in snorkelling, there is no fee, you just need to take the snorkel and dive. A surreal spectacle – huge masked heads with a height of 2 meters, gray faces with closed eyes rise on the seabed near the island of Saint-Marguerite. And this is not the ruins of an ancient civilization, but the first art installation in the Mediterranean. 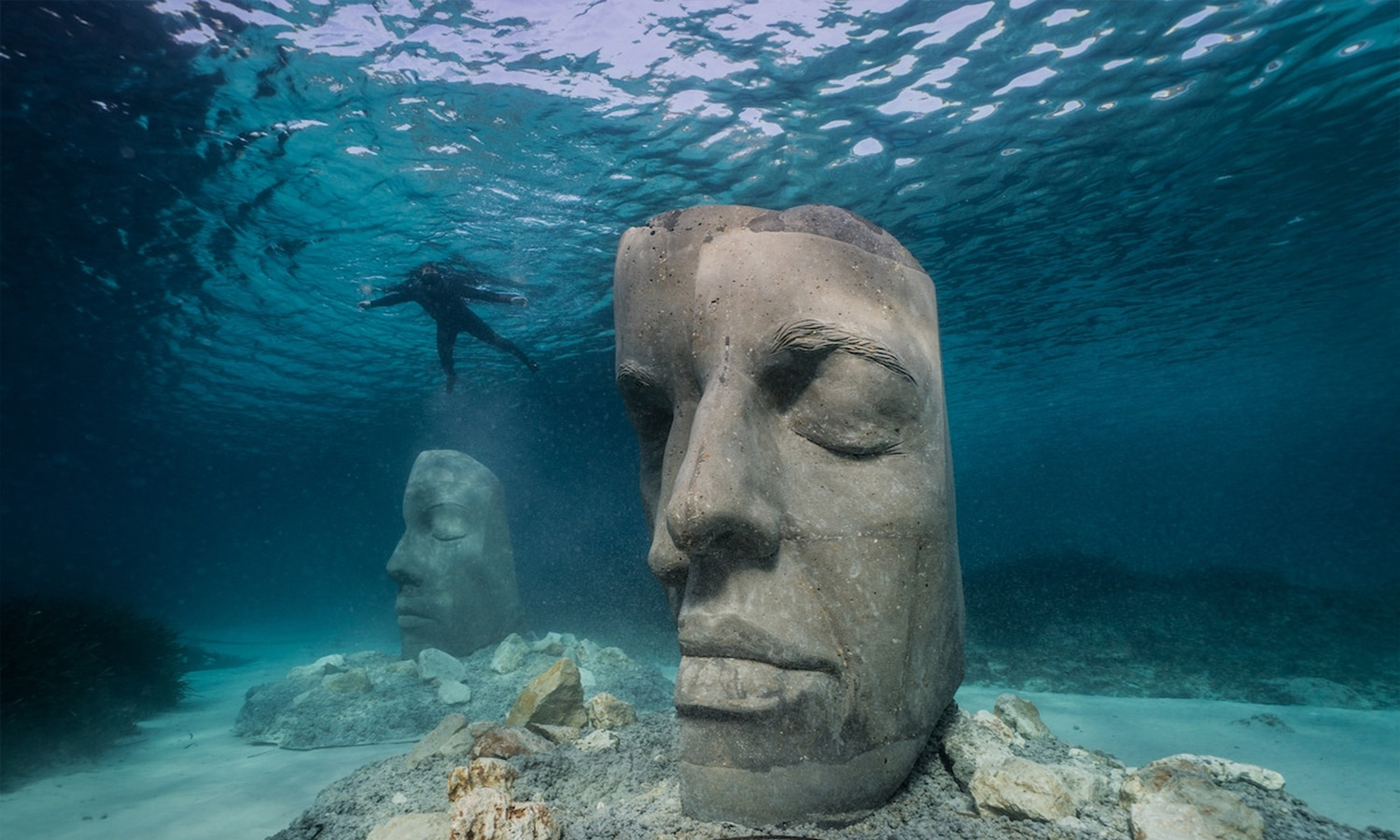 Four years ago, the Mayor of Cannes decided to clear the debris (old boat engines, pipes and plastic) from the abandoned coastal part of the island by ordering a project for an unusual underwater park.

So, at a depth of three meters off the coast of France, the stunning underwater Cannes Museum of Sunken Sculptures appeared. It is worth adding that the idea of ​​masked sculptures has nothing to do with the global pandemic. Paradox and coincidence.

These unusual monuments were created by the British artist and sculptor Jason de Cayres Taylor, known for his underwater works. The Masks of the Cannes Underwater Museum is a look into the past of the island of Saint-Marguerite, which will always be associated with the history of the mysterious prisoner – the Man in the Iron Mask – the hero of legends, novels and popular films. 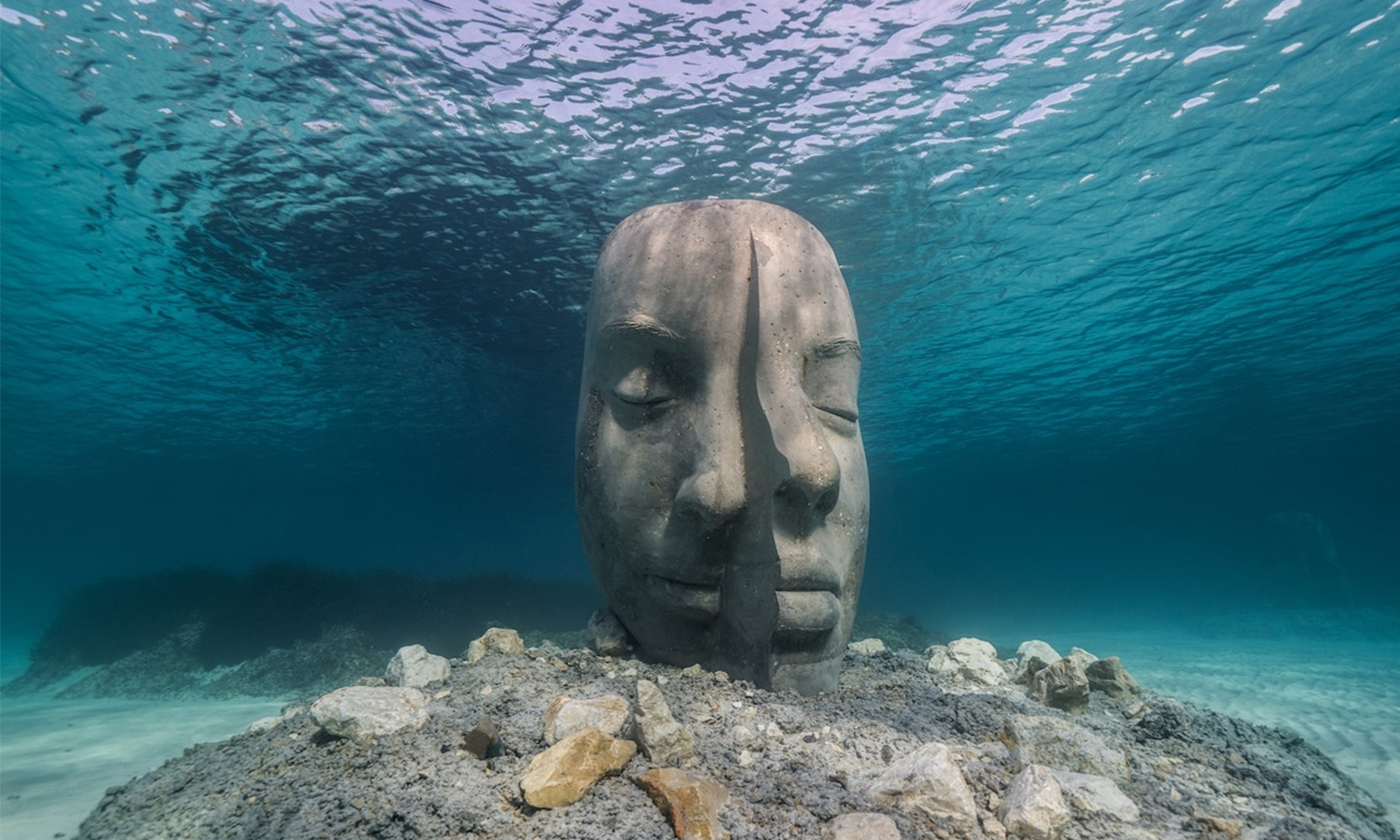 The sculptures in masks are, as it were, divided into two parts, representing the duality of the ocean – on the one hand, strong and indestructible, on the other hand, fragile, suffering from human negligence. The faces of the sculptures are casts of real faces of local residents. They were chosen at random. Taylor placed an ad in the newspaper and invited everyone to plunge into the world of art. Now at the bottom of the ocean there are monuments of a local curator, a small businessman, an obstinate schoolboy, an old fisherman. 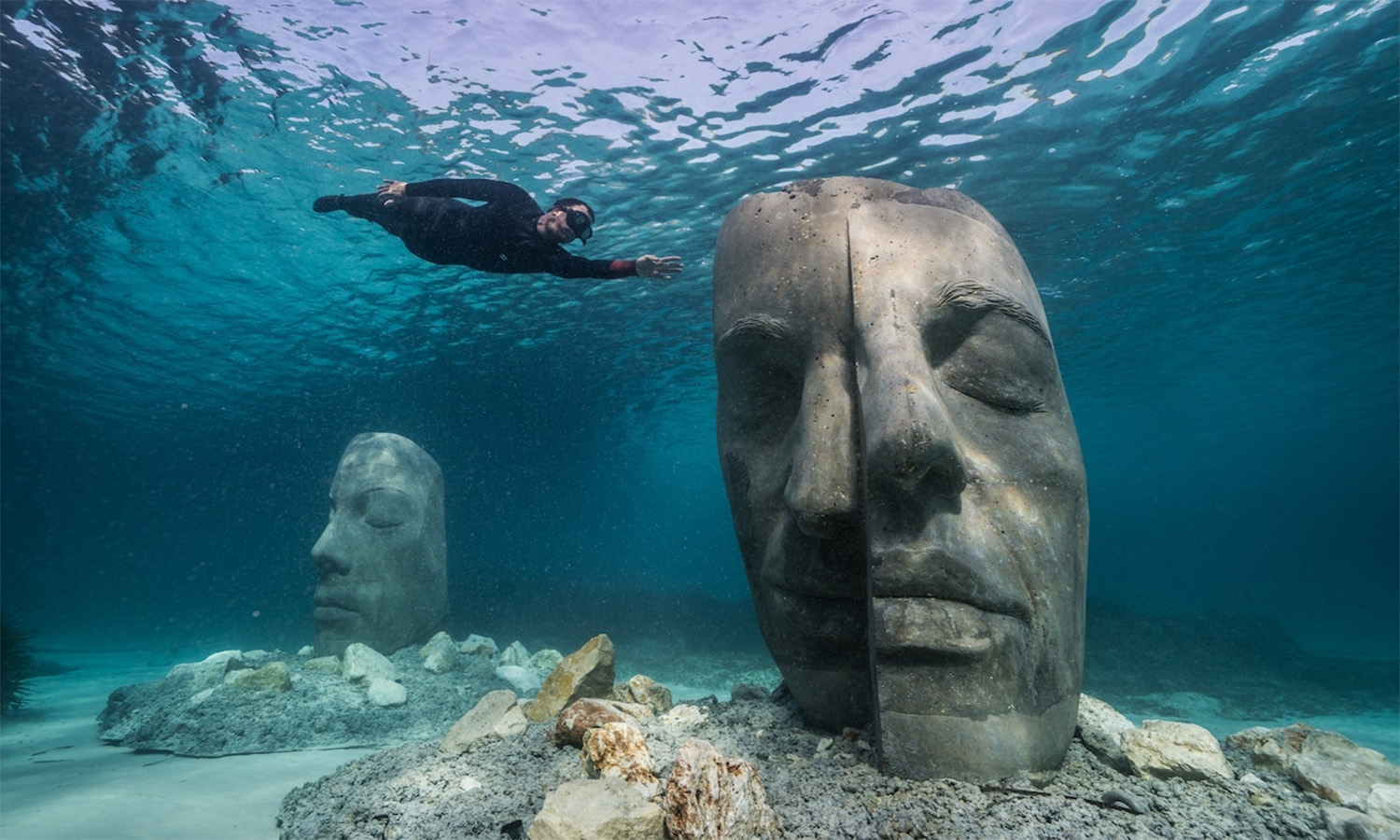 The sculptures, made from PH-neutral materials and special marine cement, were brought to Cannes by boat and installed with cranes. 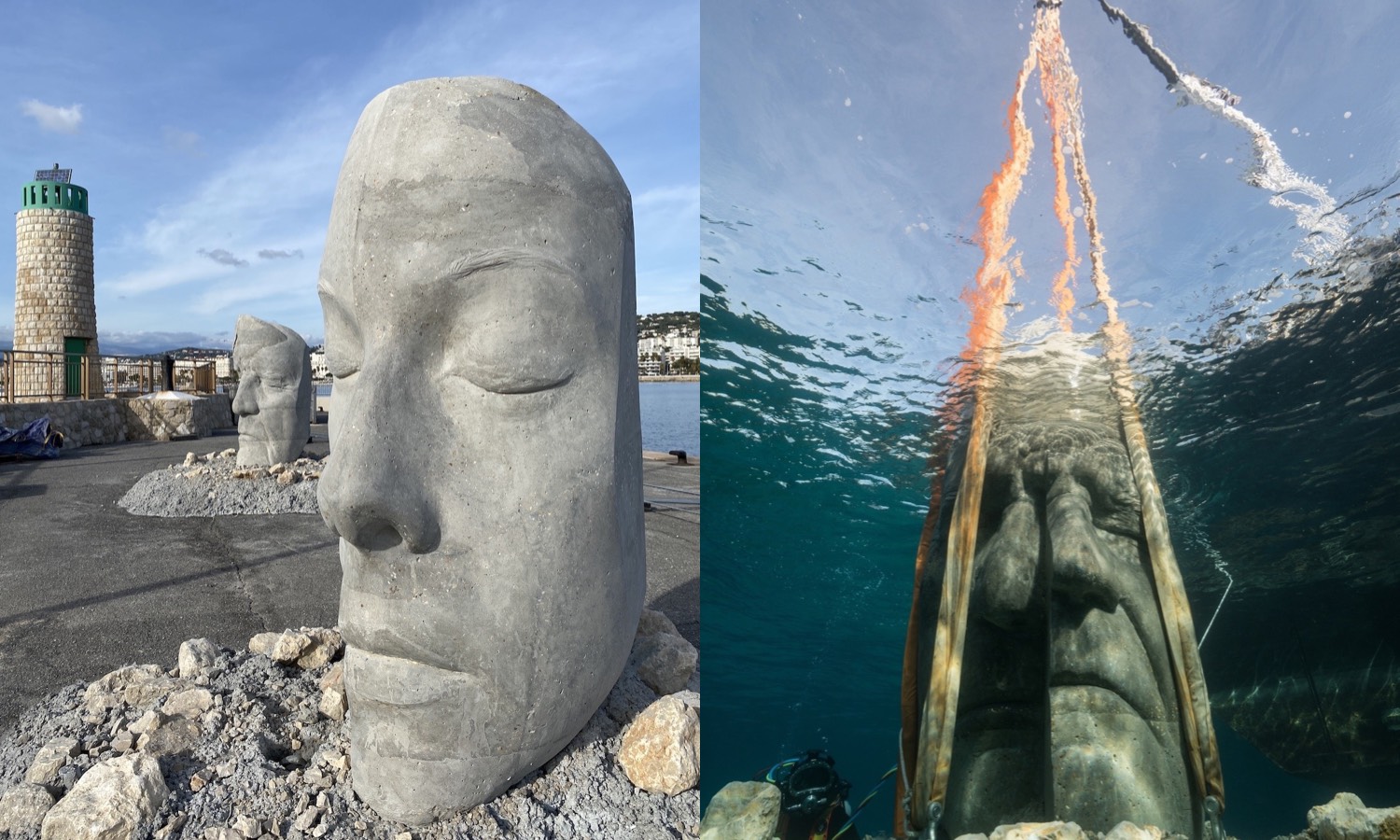 Six large heads, each weighing at least 10 tons and the clean coastal area should attract not only diving enthusiasts. The sculptures were installed in open areas of white sand, trying not to harm the seaweed of Posidonia oceanic. Due to the large amount of oxygen released by the algae, it is called the “lungs of the sea”. 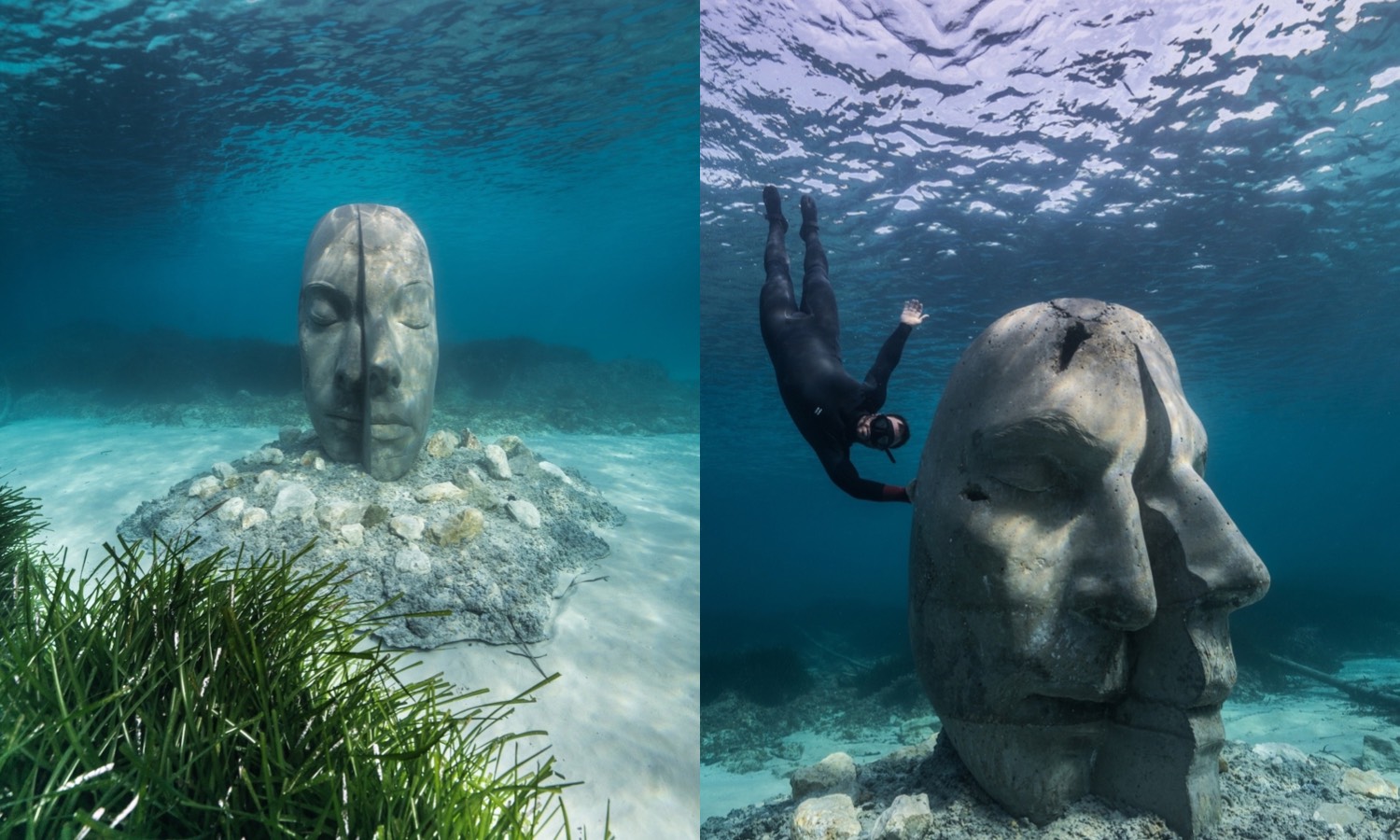 To update the ecosystem of the Cote d’Azur, Oceanic Posidonia was not chosen by chance. Growing for hundreds of kilometers in dense meadows, this seaweed creates a valuable environment for marine life. Posidonia is also an ocean orderly – it “collects” plastic that gets stuck in dense vegetation. Spherical fibers are thrown ashore during storms. In one year, Posidonium balls can catch up to 900 million microparticles of plastic. 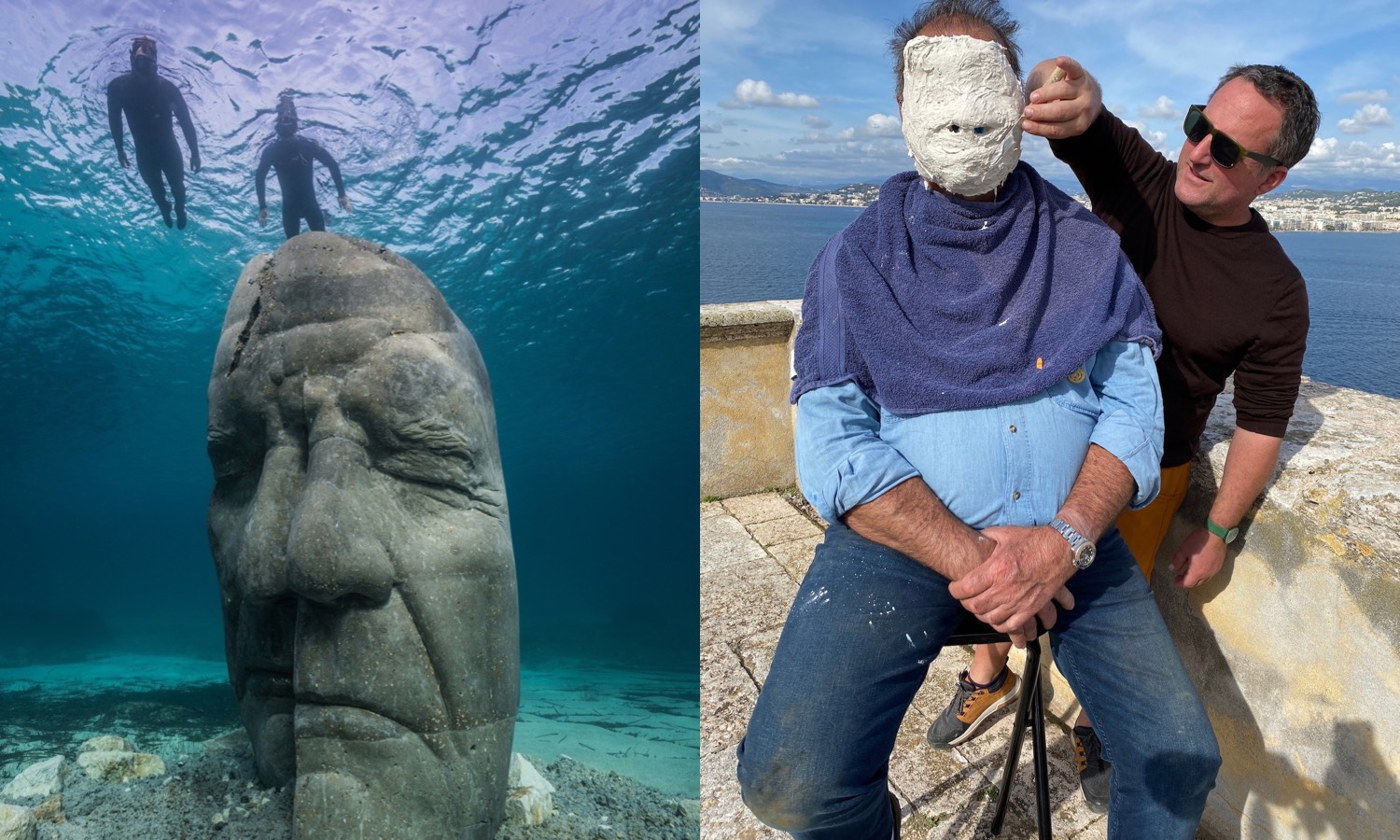 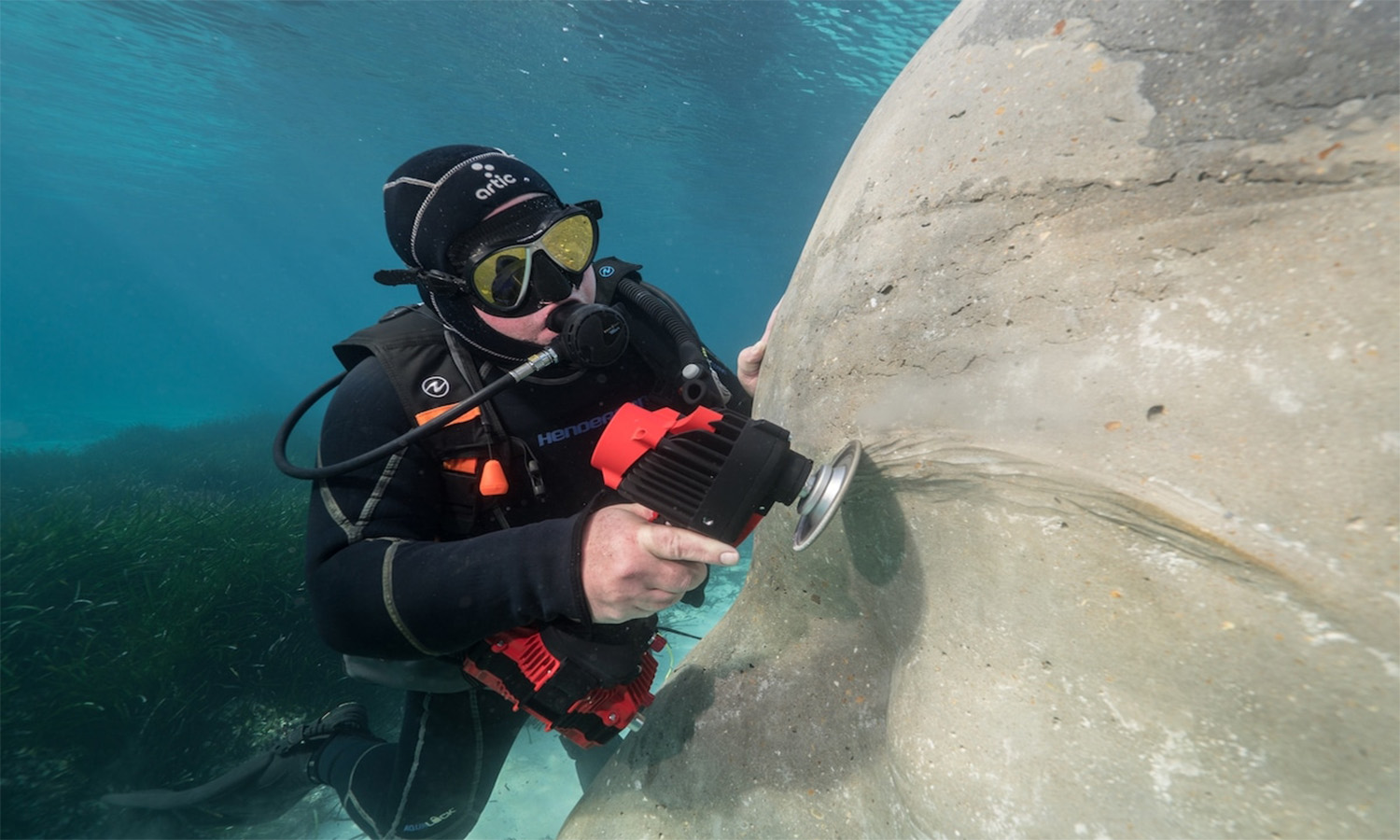 The Cannes Underwater Museum is a great example of how important it is not only to seek out amazing ocean landscapes, but also to improve and create the underwater world ourselves. Or, at least, not to harm this strong, and at the same time, fragile organism, whose name is Ocean. “I think many people mistakenly believe that the most beautiful and fragile part of our oceans is coral reefs,” Taylor says. The main environmental problems are selfishness, greed and apathy, and in order to cope with them, we need cultural and spiritual transformation. But these are just fragile structures. Underwater museums are a drop in the ocean, but this is also the beginning.” 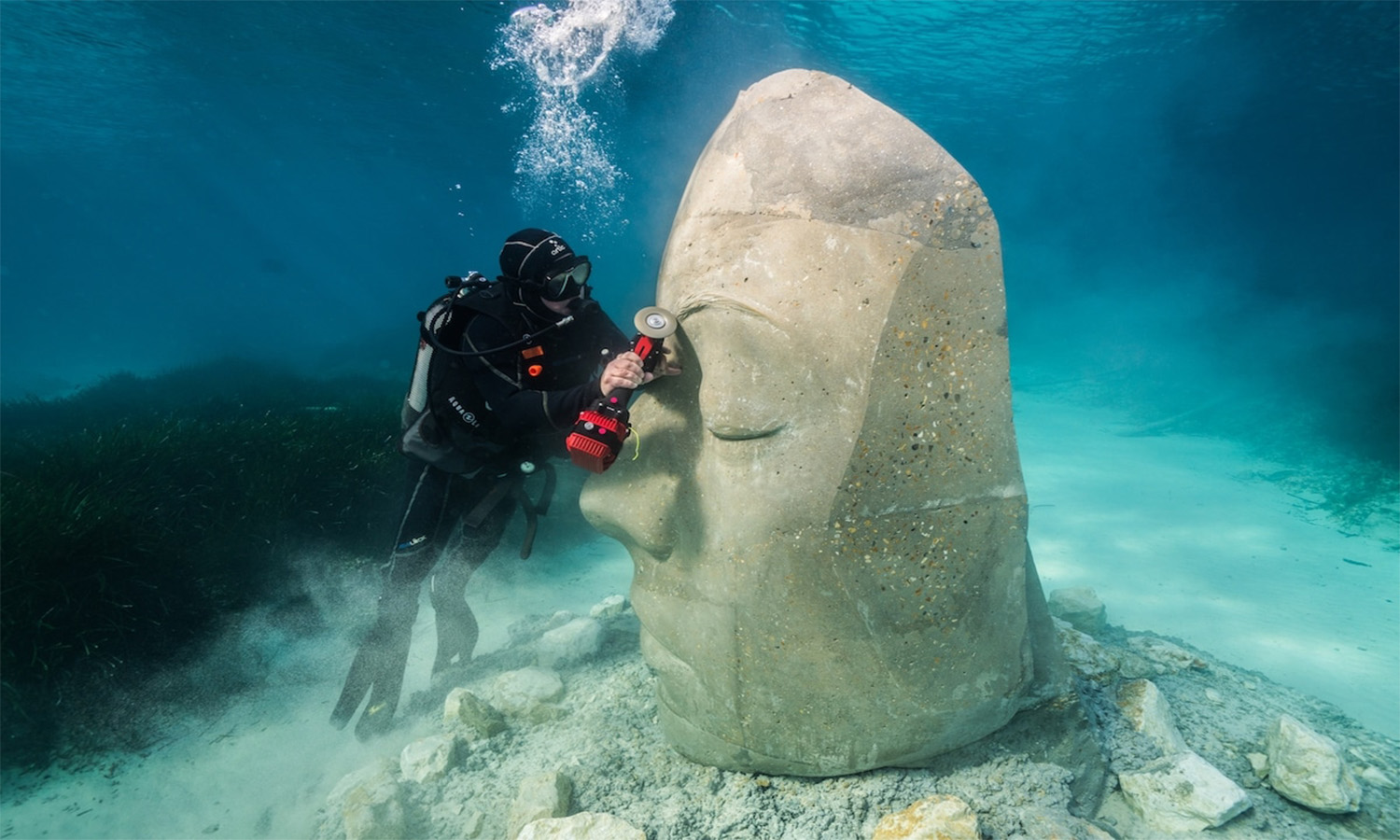